Top Questions to Ask While Hiring an Angular JS Developer

With the meteoric rise in popularity of AngularJS, more and more businesses are looking to hire experienced developers of this technology.

If you are also one of those business owners, you might wonder what questions to ask while vetting potential candidates.

However, not every developer is a good fit for every project, so it’s crucial to find someone with the skills and experience required to get the job done correctly.

According to Statista, 23% of developers had used Angular to create dynamic websites in 2021.

This blog will extract some key questions to ask while interviewing potential candidates. We’ll also provide tips for finding the right developer for your specific needs.

Also Read Angular vs ReactJS: What’s good for your business?

So, whether you’re just starting or have already begun interviewing candidates, be sure to read on!

Top Questions to Ask While Hiring an Angular JS Developer

1. What is AngularJS, and what are some of its significant advantages?

This is the first and foremost question you should ask while hiring an Angular JS developer so that you know how well he is acquainted with Angular.

AngularJS is a JavaScript MVC framework that enables you to build dynamic, robust, and maintainable web applications. Some of its significant advantages include‌:

BOM, also known as Browser Object Model, is a collection of objects that represent the state of the Document Object Model‌. Together, DOM and BOM allow developers to create dynamic web applications.

AngularJS uses the DOM to manipulate the HTML document, while the BOM keeps track of the state of the DOM. This allows AngularJS to create a more efficient and responsive user interface.

3. What is dependency injection?

Dependency injection is a unique software design pattern that allows you to inject dependencies into objects rather than creating those objects with the dependencies.

This makes it easier to test objects and change the dependencies if needed.

AngularJS uses dependency injection to make it easier to create and use services. Services are objects that perform specific tasks, such as handling HTTP requests or retrieving data from a database.

DI allows you to inject a service into any object that needs it without creating the object specifically for that service. This makes it easier to reuse services and test objects that use them.

A directive is an AngularJS construct that allows you to add custom behavior to HTML elements or attributes.

Directives are used to create reusable components and to extend the functionality of HTML.

AngularJS has several built-in directives, such as ng-app, ng-model, and ng-repeat. You can also create your own directives to add custom behavior to your applications.

A service is an object that performs a specific task, such as handling HTTP requests or retrieving data from a database.

Services isolate business logic from the user interface and make it easier to reuse code.

AngularJS uses dependency injection to make it easy to create and use services. You can inject a service into any object that needs it without creating the object specifically for that service. This makes it easier to reuse services and test objects that use them.

6. What is the difference between a controller and a directive?

A controller is an AngularJS construct that allows you to control the behavior of your application.

Directives are used to create reusable components and to extend the functionality of HTML.

AngularJS has several built-in directives, such as ng-app, ng-model, and ng-repeat. You can also create your own directives to add custom behavior to your applications.

7. What is the Model View Controller (MVC)?

AngularJS is typically based on the Model View Controller (MVC) architectural pattern. The MVC pattern helps to organize and structure an application into three major components: the model, the view, and the controller.

Moreover, the model represents the data and business logic of the application. The view displays the model data to the user and allows the user to interact with the data. The controller manages the interactions between the model and the view.

8. What is data binding in AngularJS? and How does it relate to the MVC architecture?

It is the process of synchronizing data between the model and the view. In AngularJS, the $scope object handles data binding. The $scope object is an instance of the Scope class, which is a part of the AngularJS framework.

The Scope class provides several methods that help to bind the model and the view. These methods include the $watch() and $apply() methods.

9. Explain the concept of scope. How does scope inheritance work in AngularJS?

Scope is an object that contains the model data and the view data. The scope is created automatically when you create an AngularJS application. It is attached to the DOM element that corresponds to the view.

10. What is the significant difference between a directive and a filter in AngularJS?

The main difference between a directive and a filter in AngularJS is that a directive executes code while a filter formats data. Directives are typically used to add functionality to an application, while filters are used to format data for display.

Directives are registered with the $compileProvider, which means they get compiled and executed before the template is rendered. This allows directives to manipulate the DOM before it is displayed to the user.

Because of this, directives have access to the entire scope object, which gives them more control over the application than filters have.

Filters are only executed when their input values change, meaning they aren’t run on initial page load like directives are. Because filters don’t have access to the scope object, they are limited in the ways they can manipulate data. However, filters are very useful for formatting data for display purposes.

11. Explain the difference between a factory and a service in AngularJS?

In this case, the customer and order objects would not be related to each other.

12. What are the elemental parts of an Angular application?

An Angular application is composed of several distinct parts: the root component, directives, services, and pipes.

Directives are components that can be attached to other components to provide additional functionality. For example, a directive might be used to add animation or styling to a component.

Services are used to provide isolated pieces of business logic that can be accessed by any other component in your application. Services are typically injected into directives or controllers using the dependency injection system.

Pipes are used to transform data before it is displayed to the user. Pipes can be chained together to create complex data transformations.

13. Explain the role of $routeProvider in AngularJS.?

When a user navigates to a new page in your application, the $routeProvider will determine which route to use and will invoke the associated controller and view.

Moreover, the $routeProvider also provides a mechanism for configuring route parameters and retrieving data from the route.

So, as you have seen, the above questions are significant to ask while choosing an ideal Angular developer for your next web development project. If the developer can answer all these questions well, you can consider him for your project.

Also, while contacting the Angular development company, you can realize your dream of having an efficient web application and touch new heights in your vertical.

ValueCoders is a well-known name in ‌web development. You can contact us anytime to help you with your query and develop your dream project.

What else to think now? Reach out to us today.

Q1 What is Angular?

AngularJS is a structural framework for creating efficient web applications. It lets you use HTML as your template language and lets you extend HTML’s syntax to express your application’s components clearly and succinctly.

AngularJS is an open-source, completely free, and used by thousands of developers worldwide.

Q2 Why should you choose Angular for your web development project?

There are many reasons to choose Angular for web development, but its flexibility, scalability, and powerful features are the top three reasons.

Angular is also highly scalable, which makes it ideal for large projects with complex requirements. And its powerful features make it possible to develop sophisticated applications that can handle a lot of traffic and data.

So if you’re looking for a framework that can help you develop fast, flexible, and scalable web applications, then Angular is definitely worth considering.

Q3 What are the significant benefits of outsourcing Angular development services?

Increased Efficiency — When businesses outsource their development work, they can often get it done more easily and efficiently than if it were done in-house. This is because outsourced developers are often more specialized and have more experience with Angular development than in-house developers.

Increased Flexibility — By outsourcing their development work, businesses gain greater flexibility to scale their team up or down as needed.

Outsourced developers can often turn around projects much more quickly than in-house developers. This can be especially important when you need a project to be completed within a tight deadline. 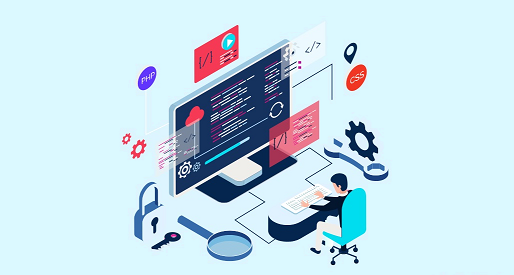 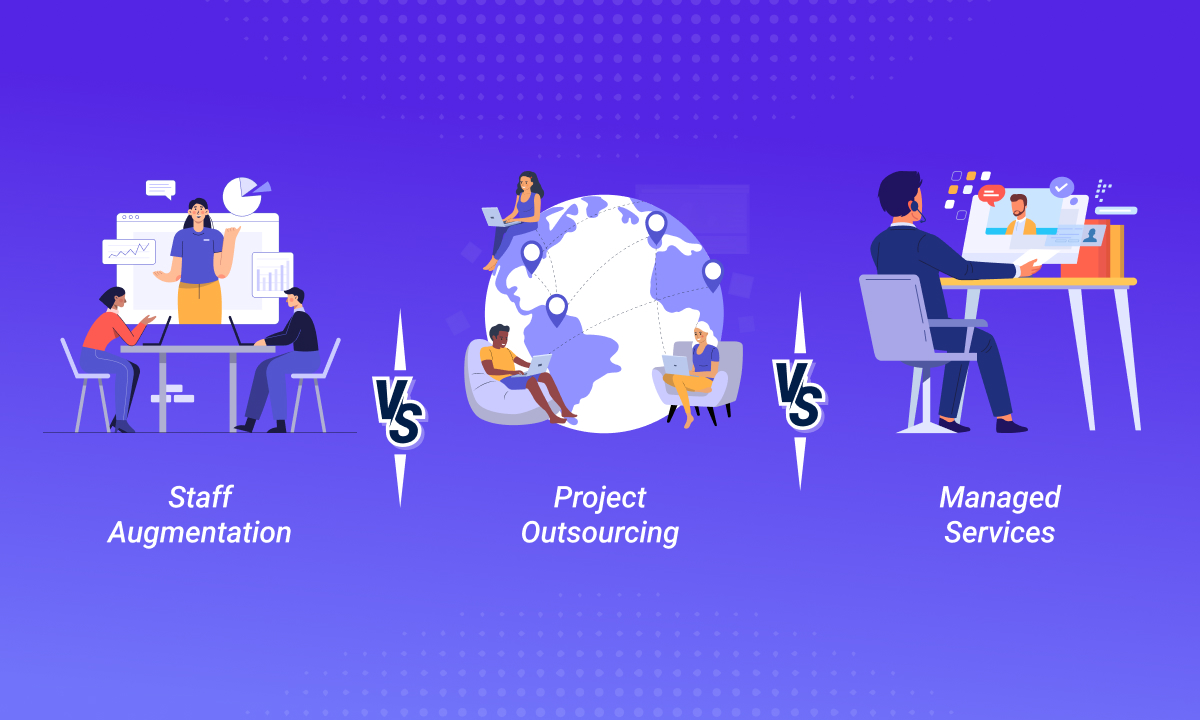 Staff Augmentation vs. Project Outsourcing vs. Managed Services: Which One is Right for You? 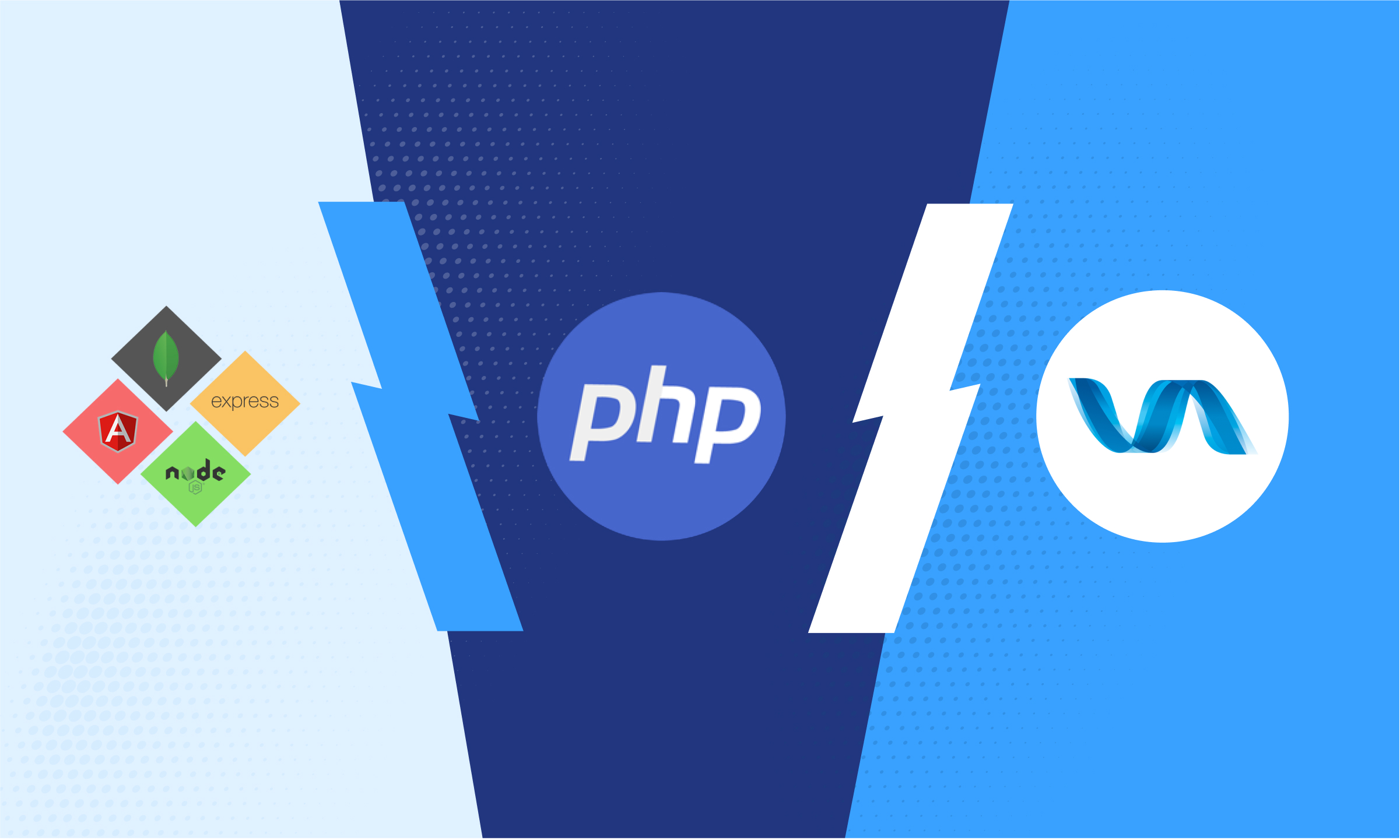 MEAN Stack vs. PHP vs. .Net: What’s the Best Choice for You?