The mobility space has been experiencing a paradigm shift towards the latest technology advancements that have been transforming the android app development services for more feature-rich, intuitive and robust android applications.

But Why Android is so much in Trend for Mobile Applications?

There is no doubt that Android is much more simplified when it comes to other operating systems. Businesses hire android app developers for their futuristic and upcoming applications. But what makes the operating system so popular?

The most prominent reason for Android’s popularity is that it’s free, Google has kept it free since the day of its release and is planning to keep it free in the near future. This has caught the attention of hardware manufacturers around the world who were planning to launch smartphones powered by a completely free operating system i.e Android.

Another important factor that makes it to the popularity of Android is that it is open-source and many hardware manufacturers have joined hands with Google for the emergence of competent smartphones. It is different from other mobile operating systems that are prone to licensing and copyright issues. Copyright and licensing issues have made other operating systems inaccessible as compared to Android.

It enables a big pool of expert android app developers to collaborate and contribute towards the operating systems for more innovative and out of the box android applications.

With Android’s strong emergence and popularity, will IoT be able to change the face of Android App Development?

Yes, the statement is true that IoT and mobile apps will go hand in hand as there have been stats below which clearly depicts the importance of IoT Connected devices as per Statista in 2019.

Nowadays, mobile applications are way more streamlined and functional as compared to apps that were developed earlier. The emergence of IoT in android app development has enabled the users to connect seamlessly to the world via smartphones or tablets. 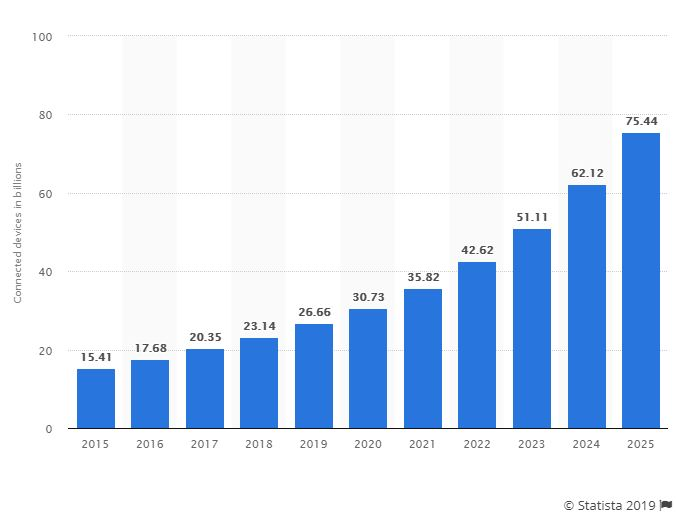 First things first, let us understand what IoT is, before digging into the in-depth details on how it will transform the android app development space?

Give A Read: IOT IN HEALTHCARE: BENEFITS, CHALLENGES AND APPLICATIONS

What do you understand by the term IoT? 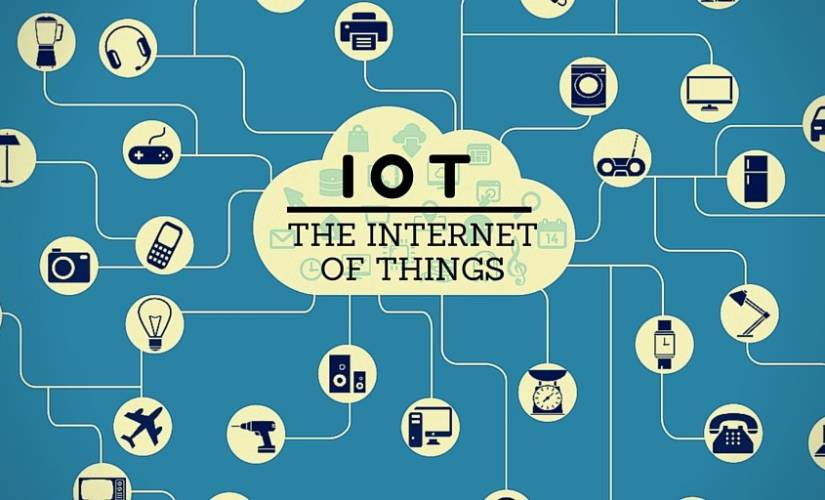 IoT (Internet of Things) better known as Interconnected Devices, a concept where one device is connected to other devices such as Smartphones, Smart TVs and much more via the internet. It has the ability to collect and transfer data over the network without manual assistance and intervention.

How IoT is making a difference in mobile app development? 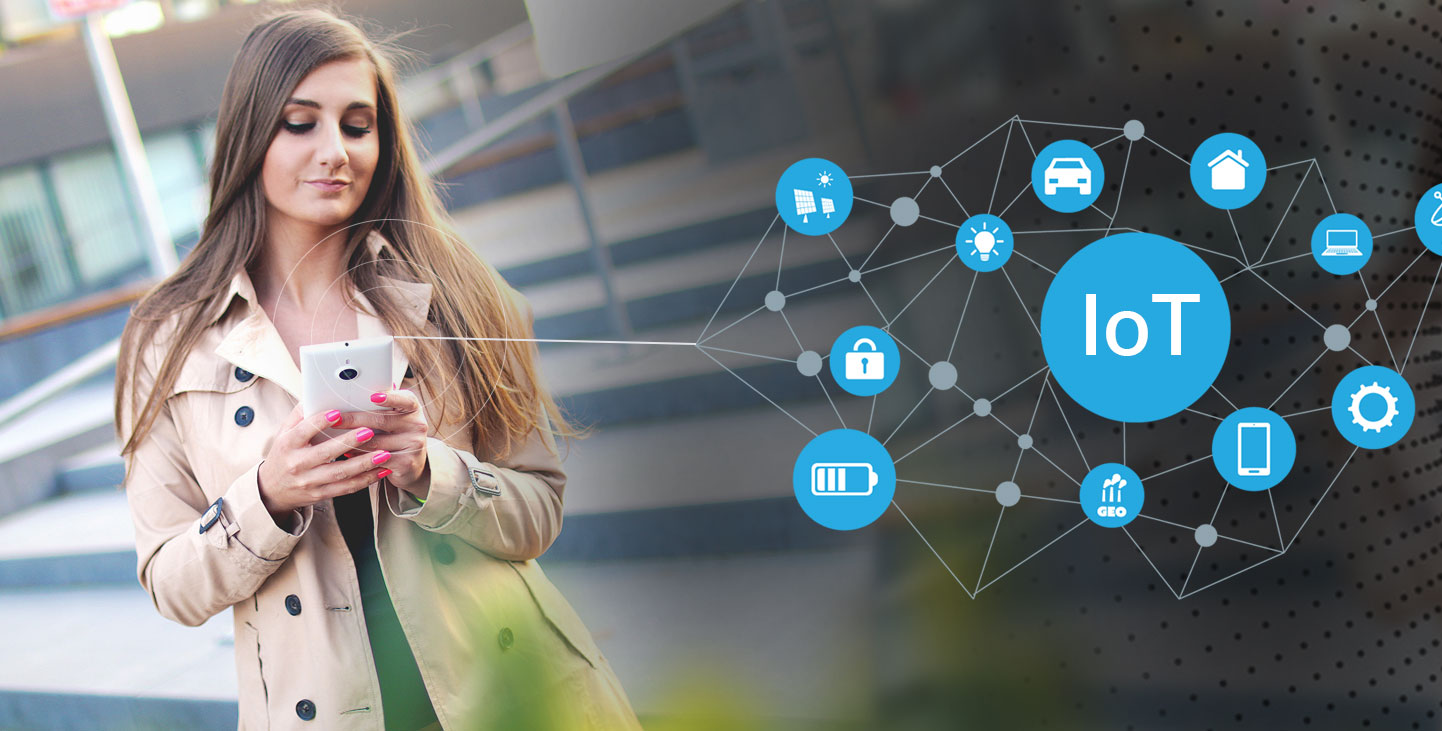 IoT is flourishing with each passing day as the concept of smart homes and smart cities has been becoming more prominent. In an IoT scenario, mobile devices act as an interface that will help in interacting with IoT connected devices. Smartphones comes with new age apps and sensors that will help in generating a lot of information about the user.

Apart from this, the smartphone can trace several other things such as the orientation of the device, the condition of light, electricity, and a lot of other things. These mobile devices have a variety of features in the form of NFC, WiFi, and Bluetooth, so these help the mobile devices in the community to the other devices and sensors. 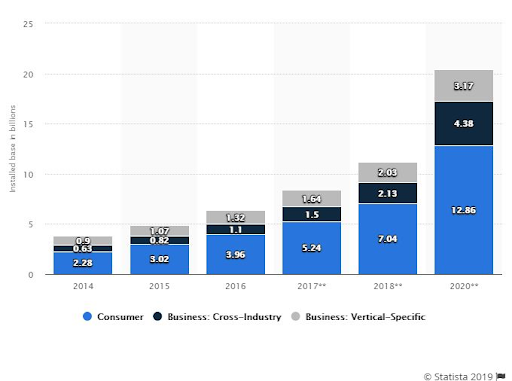 As per the stats above, there is a huge demand for IoT integrated apps which will help the smartphone users to access IoT enabled devices that can help in enhancing the user experience to an optimal level.

For businesses, there is a huge market scope to invest in IoT integrated android mobile applications.

What are the major benefits of IoT based Android Applications? 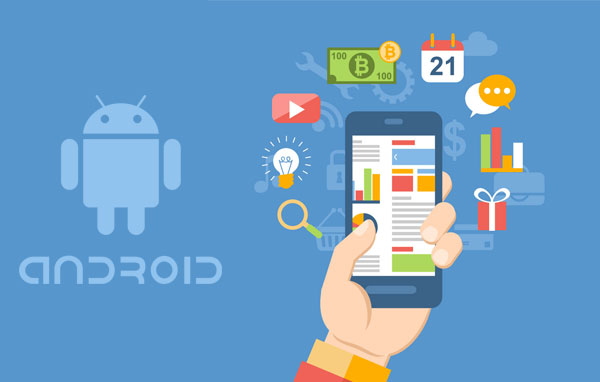 There are countless benefits that IoT-enabled mobile applications have to offer that can help businesses to serve objectives at an optimal level. The benefits are stated as below:

Take A Glance Over: Is Google Fuchsia, the new Android?

Use-Cases of Android in IoT Ecosystem

The different use-cases of Android in IoT Ecosystem are stated below:

Are you ready to make the next move?

Both Android and IoT have a prominence in the coming year. However, businesses need to adopt to IoT based integrated android app development as IoT adds a great value to our general lives today. Just as the smart devices are flourishing, in the same way the potential of IoT is promising.

There are a number of open-source platforms that offers various tools for the creation of IoT enabled apps that will add up to the progression of IoT development.

Android App Developers across the globe are embracing the change of IoT in android app development. Researchers have been predicting this trend to move towards a more connected world, while businesses are opting to hire android developers for their next IoT based integrated android application.

I’m Amyra Sheldon, a technical writer, and IT analyst at ValueCoders. I am profound in writing on all the latest technologies such as Android (Kotlin), React Native, Flutter, Xamarin, IoT, AI, ML, Blockchain, AR/VR, Artificial Intelligence, and much more.