The timing really couldn’t have been better for Google Pixel. It was just a few weeks ago that Apple unveiled the controversial iPhone 7, alienating some users by deciding to eliminate the standard 3.5mm headphone jack and generating some embarrassing social media chatter by saying that the company did so because of its “courage.”

Related: iPhone 7 with no headphone jack: mistake or tweak?

Enter Google, which unveiled a major foray into hardware today with the Google Pixel phone — the first Android phones made by Google itself as well as a very clear, as Google would say, “stake in the ground” when it comes to the high-end handset market. The press conference (itself Apple-esque) couldn’t have been more clear: the Google Pixel is an alternative to the iPhone. And the company didn’t miss the opportunity to mention the inclusion of a regular headphone jack: 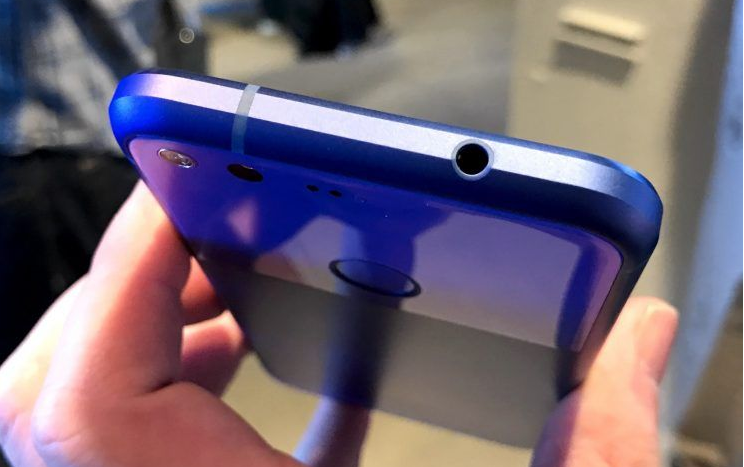 The Google Pixel phone has plenty else to recommend it, from unlimited cloud storage for photos, VR integration and what seems like a fancy camera, but make no mistake: this is a battle fought over a 3.5mm headphone jack.

There are plenty of people out there who have stuck with iPhone for years because it was simple and relatively hassle-free — Apple never gave these customers a reason to want to switch, and so it was just much easier to stick with the ubiquitous iPhone than it was to consider the rest of the rapidly improving options. Removing the headphone jack provided that reason.

Even with that, the world of Android can be a little broad, confusing, and somewhat intimidating for someone that’s used to just buying a new iPhone every two years and having it work. And then we have Google, showing up with a flagship phone made as a clear competitor to the iPhone. Even the fact that it looks exactly like an iPhone feels like a positive: it feels as if it’s a device designed in many ways to mimic the experience of an iPhone, just from Google. Again, the timing really couldn’t have been better.

However, this is for sure that your customers use iOS as well as Android. Be it an older model or this new one. Hence, this will be a good idea for you to develop your next application on iOS and Android both. Our highly trained developers at ValueCoders can help you out with this. Hire iOS developers & Hire Android developers from us and get the following benefits: