6 Questions to ask before investing in an Emerging Technology 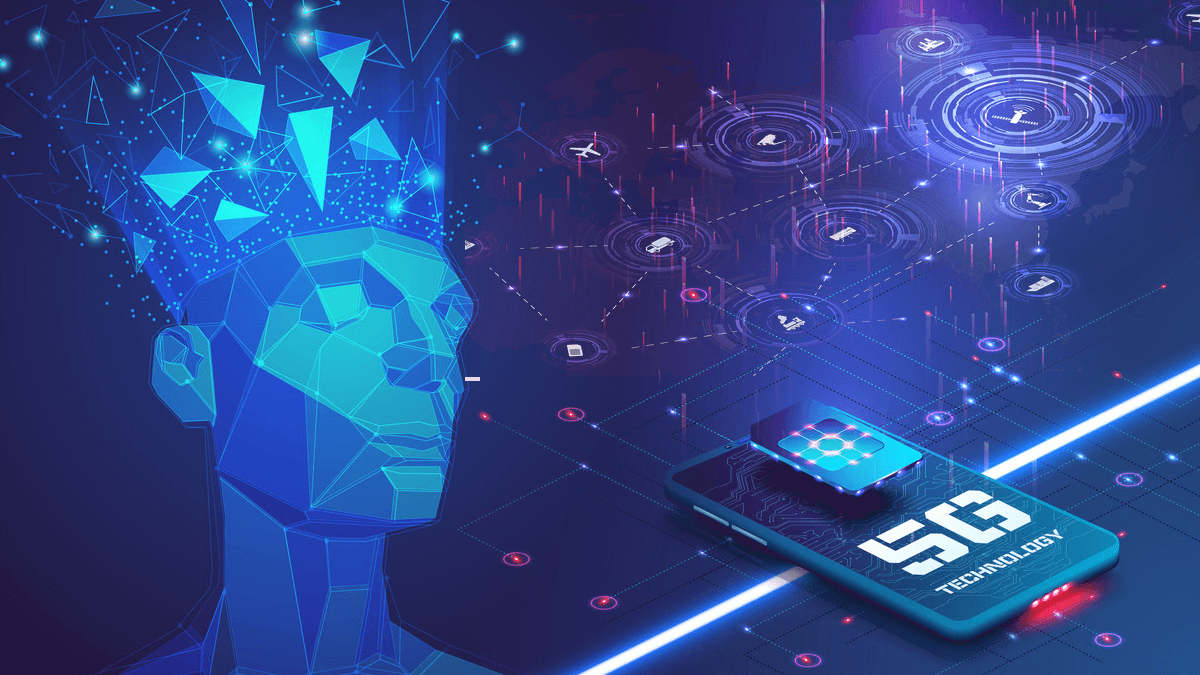 5G, Blockchain, Machine Learning Solutions, IoT, Neural Languaga Processing and  other Distributed Ledger Technologies, AR- these are not just technical jargon to bore you out of interest. These are the emerging technologies of today that will eventually be as common as the Internet is today. As an enterprise leader, do you really know which of these technologies bring the best value in the long run?

If you don’t know, you need to. Because the Enterprise software market is the fastest-growing market in the IT industry, with a 10 percent year-on-year growth rate. This means most of your competitors are already set to leverage potentially disruptive technologies to attain a sustainable competitive advantage.

But what about you? Well, the dilemma surrounding the use of upcoming technologies for enterprise applications is understandable. There are so many questions revolving around their use that it’s hard to get your head around them

To help CIOs, IT leaders in entrepreneurs to come out of this dilemma, I’ve prepared answers to 6 Most Important Questions One Needs to Ask before investing in emerging software technology.

1) What’s the best way to evaluate new technology for its potential business value?

In my opinion, the best way to evaluate any new technology’s potential business value is to first determine whether people really need the technology solution you offer. A need or a problem that can be solved with new technology would always have a high potential for generating revenue.

In most of these cases (where technology solves a non-existent problem), the potential of business profitability eventually ends up becoming so low that either the business ends up bankrupt or they start pushing for something else.

This is what most businesses fail to understand. They will see technology such as blockchain gaining popularity and immediately jump on the bandwagon without knowing what they want to do with it.

Who can forget the Dot Com Bubble? A lot of businesses tried to leverage the potential of the Internet. But only Amazon and eBay emerged out of it as the biggest winners. Why only those three? Because they found a problem that could have been solved with the emerging technologies at the time (the Internet).

2) Which business and IT parties should be involved in evaluating the Emerging technology?

Every business has a vision for itself. Investment or planned investment in new technology has to be done while respecting this vision. So if you ask me about the parties  I would involve in evaluating new technology, I would want to involve almost everyone working towards the vision of the business.

Now there’s a distinction to be made. Not everyone in an organization is working towards the same organizational vision. Some parties, such as non-experienced employees or freshers work on short-term goals. It is the decision-makers across all departments who work with a vision of the future. So their involvement is a must.

3) What types of metrics can be used to support a final decision?

Internet Search Engines existed way before Google. If it was the first-mover, then perhaps we would have never known it as we do today

I can suggest a few measures and decide on implementing new technology. The first measure is to analyze the achievements of first movers (if any) of the specific technology you’re looking to invest in.

There are some who say that being the pioneer of new technology gets you huge advantages, This is also commonly referred to as the first-mover advantage. To me, this is far from the truth.

Apple wouldn’t have changed the world with its iPhone if it was the pioneer in mobile phone technology. Google wouldn’t have been the same today if it didn’t learn and improve over the mistakes of predecessors such as AltaVista and Yahoo!

I feel it is a good advice to never try the first version of any technology, whether it is software or hardware. A great present-day example is the failure of Royole’s Flex Pai (the first mover in the new technology of foldable smartphones), and the subsequent success of Samsung’s Galaxy Fold.

Although the device from Samsung initially appeared to be failing because of the controversies surrounding its durability, somehow it has managed to clock over 100,000 in sales to date.

If the first movers in a new technology failed, then you can identify their mistakes. Then your version of the technology is supposed to be an improvement over what your competitor(s) achieved before you.

There are a host of other benefits to being a second-mover:

But I will admit, having a first-mover advantage is indeed better in some cases where a new technology addresses an important real-world problem.

For instance, Uber made the first move in developing transportation systems that solely relied on the Internet and a mobile application. This newly created industry gave a solution to a very important problem back then.

In cases where an emerging technologies is a useful solution to crucial problems of the society, being the first mover lets you grab the biggest pie of the market. Uber understood this, and it’s the reason why the company became what it is today.

So if you HAVE to be a first-mover, then what you should consider before taking a final decision is to analyze the costs of developing the technology and using the same in your product/service. New technology generally requires a lot of investment in resources that are not easily available.

You have to find vendors for software, libraries, materials and other resources. You might even need to develop some custom resources for development.

4) Is it useful to seek external support for additional insight?

And I’m saying this out of my own experience as an IT Consultant. I have worked with a lot of companies whose leaders had no clue about the implications of using new technologies. The implementation of technology such as IoT could be filled with a lot of loopholes if there is no external help sought for it.

For example, let’s say a business is using an IoT solution for monitoring its machinery equipment. The sensors fitted on them would let employees know of relevant information about the machines, and help in many aspects such as efficiency in operations.

But in the absence of inputs from a genuine expert, the true gem of IoT, the data from these sensors will go to waste. So while the business may get some benefits of IoT, the benefits from data analytics that could have helped them in other aspects such as predictive maintenance would never be leveraged.

5) When is an emerging technology risk-free to use?

Tesla’s success brought the electric vehicle industry back from the brink of death.

The key factors why technology is considered too risky for usage is the costs involved in its development, the need of the market and other factors associated with laws and regulations of the land.

Look at how automobile manufacturers have started making electric vehicles now. 10 years ago, manufacturing electric vehicles for consumers was possible but was deemed risky as the costs were too high at the time. Also, companies were not really sure whether customers would prefer electric over conventional ICE vehicles.

Things changed since the rise of Tesla, and then we began to see a large number of new electric vehicles introduced by the established automobile companies. The Nissan Leaf, Hyundai Kona, Jaguar I-Pace, Porsche Taycan, and many others came into the market only after people finally began to understand the concept of electric vehicles, and of course, the success of Tesla.

But that’s just one case where new technology was revisited as the stars aligned and the market demands increased. Generally speaking, the best time for a new technology to be revisited depends on several factors.

You can revisit a technology if your product/service portfolio lacks a core competence, if the cost of technology implementation comes down or if you’re no longer bound by the regulations that hindered you from using the tech, and so forth.

6) What’s the first step to take when deciding to move forward with new technology?

Pixel 4’s failure largely came due to its lack of foresight about the embedded SOLI radar chip, which was not supported for use in some of its biggest markets

The first step to take, I would suggest is to analyze whether the new technology could be used to its full capacity by the target market. The best example of why this is important is Google’s Pixel 4 Smartphone.

Pixel 4 is equipped with a SOLI radar sensor. It allows users to control the phone by simply using motion gestures over it. But the catch is that it works on a certain radio frequency that is not permitted to run in some countries.

One of those countries was India, one of the biggest markets for smartphones. So the SOLI radar was rendered useless in India, and consequently, Google abandon their releasing plans of newest flagship smartphone in the subcontinent. This lack of foresight cost the company potential sales from the 2nd largest market for smartphones.

In the end, It’s all about having a long-term vision

The modern business environment is best for long-term planning and vision. Having a short-term goal can take you only so far. Think about modern corporate giants. Amazon, Google, IBM, Infosys, Microsoft, PayPal, Oracle– all of them capitalized on emerging technologies back in the day with their own long-term vision of the future.

Yes, a lot of things shouldn’t be relying on this long-term vision. One of those things is not spending monetary resources wisely on an investment. Just because you know what technology to invest in and it will lead to profitability eventually, it doesn’t mean you go all out on investment.

That is why the IT Software sector is filled with Custom Software Solution who can work for all types of ambitions. Some can deliver highly ambitious software projects, while some focus on delivering the best value on tight budgets. So no matter what type of project you’re aiming for, answers to these six questions will give you better clarity before investing in emerging technologies. 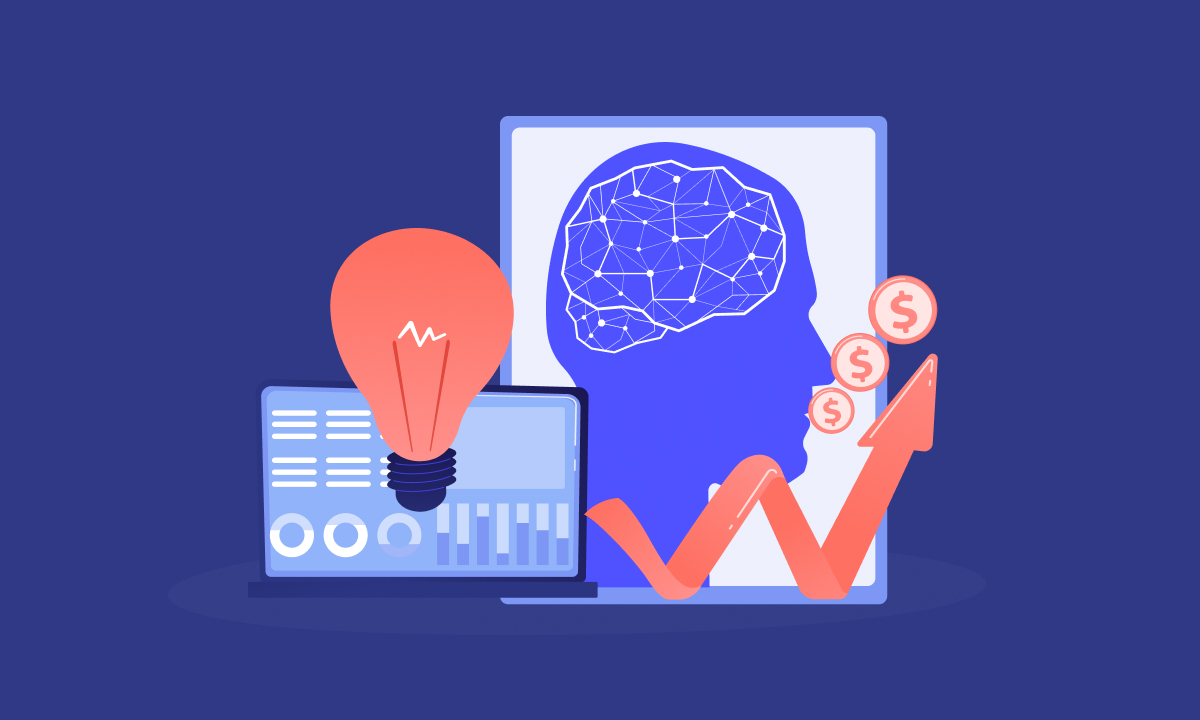