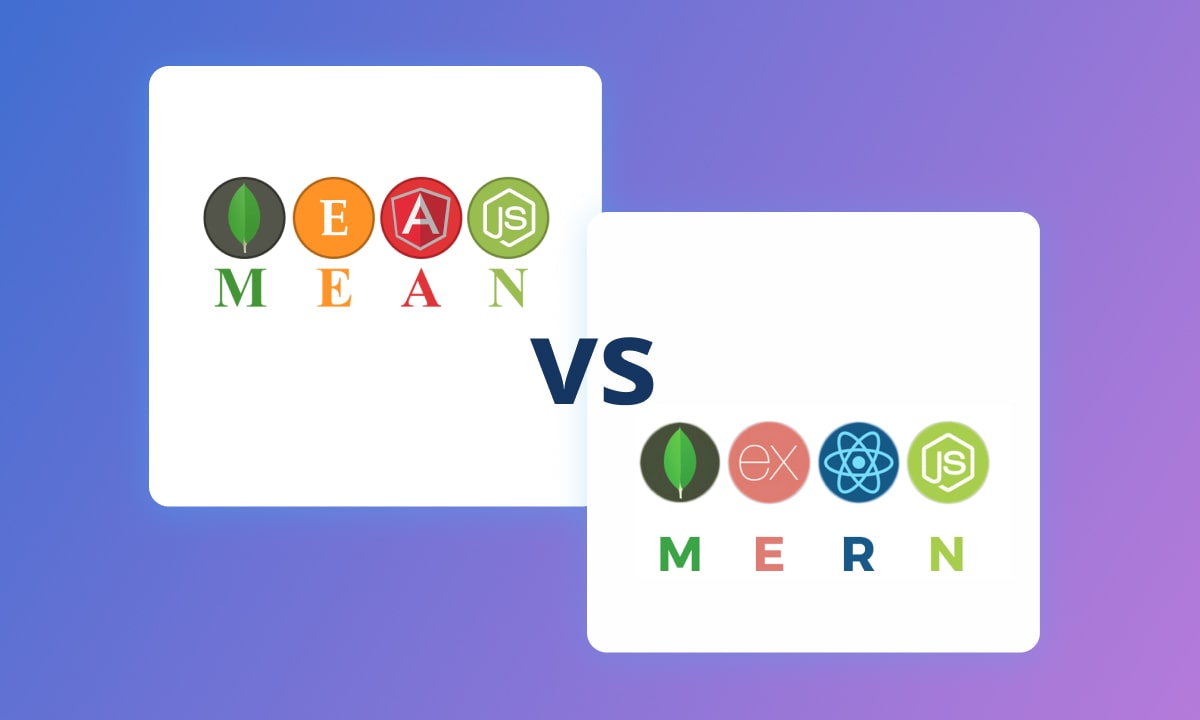 The competition between MEAN and MERN stack is pretty close enough as both development stacks include robust features and offer reliable solutions to build the leading web apps.

Now the question arises Which One Will Win The MEAN Vs MERN Race???

Well, to identify the best one among MEAN and MERN here, I have made a comparison by taking various factors like stack popularity, benefits, components, and more. These factors will help you choose the best one for your upcoming project.

The MEAN Vs MERN War Begins

What is MERN Stack? 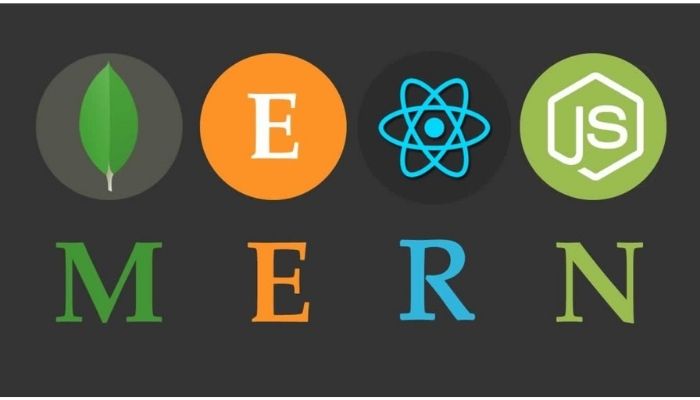 The MERN stack is a JavaScript stack that’s created to offer a smoother development process. MERN comprises four open-source components that are MongoDB, React, Express, and Node.js. Moreover, it empowers developers to work on the back-end and front-end without any stoppage in the process.

Well, if you want to build a robust web app then you can hire full-stack MERN developers. This will ultimately help you in building the application as per your business demand.

What is MEAN Stack? 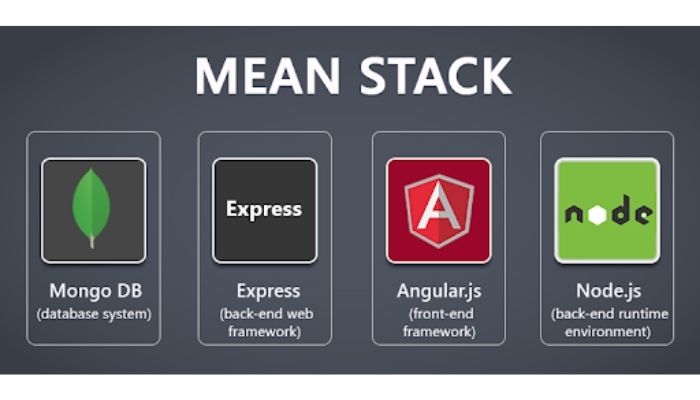 MEAN is a free and open-source JavaScript software stack for creating leading web applications and websites. The vital components of MEAN stack support programs written in JavaScript. MEAN applications can be written in a single language for client-side and server-side execution environments.

Develop outstanding web apps and for that, you can hire MEAN developers, this will help you get an affordable and leading solution.

MEAN or MERN: Which One Is Popular? 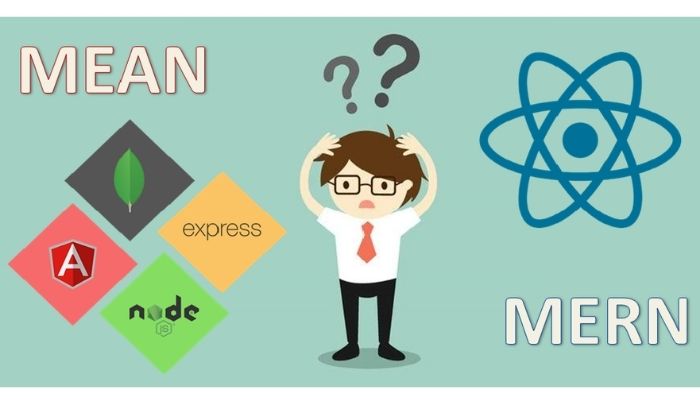 The demand for Angular Vs React driveways the popularity of MEAN Vs MERN stacks, respectively. Angular has been a very famous development stack for a long time. However, React is now taking the position of Angular in recent years. But the first position is still not fixed as it changes as per the market demand and type of the project.

The same report in 2019 found that 30% of programmers desired to learn the React development stack. The corresponding number for Angular drained to 20%, which means that React is earning more prevalence than Angular.

The absence of backward compatibility between Angular 2 and Angular 1 adversely influenced the reputation of Angular. Additionally, StackOverflow Developer Survey Results 2020” also supports the summing-up that React is winning the development stack popularity race; this means MERN is at a leading position in terms of popularity.

It confirms that React is the most used web framework, as 35.9% of developers prefer to develop using it. The analogous number for Angular is 25.1%, which places it in the 3rd position. 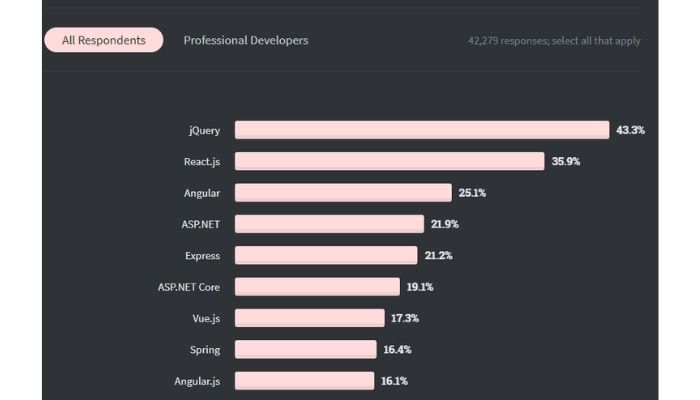 Hence, it proved that in terms of popularity the MERN Vs MEAN war winner is MERN. So, now let’s move further to analyze the final result of the MEAN Stack Vs MERN Stack war.

Hire MERN Stack developers online from ValueCoders on an hourly or full-time basis to get excellent web apps.

Must Read: ANGULARJS VS REACTJS: WHAT’S GOOD FOR YOUR BUSINESS?

MEAN Vs MERN: A Detailed Comparison Between MEAN and MERN 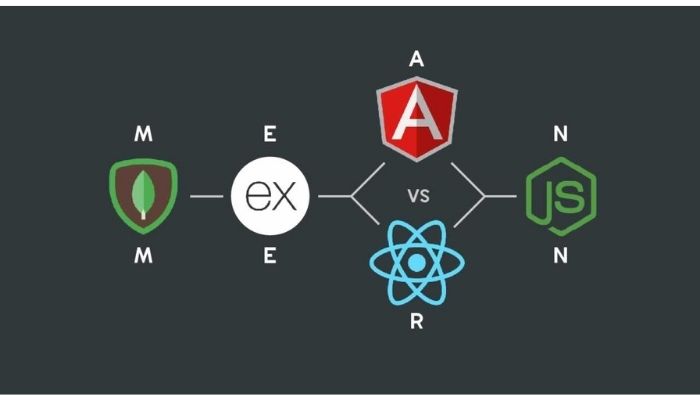 As I have already told you that; the chief variation between MEAN Stack and MERN stack is the usage of AngularJS and ReactJS, respectively.

Now let’s view the positive and negative characteristics of MEAN and MERN stacks.

If you are going to create an enterprise-level app like LinkedIn, you need to maintain a complete architecture. For this reason, you should prefer the MEAN stack over the MERN stack. Choosing this will help you get Model-View-Controller architecture support. But if I talk about managing the code in a simple manner, then you can go with MEAN.

To get an advanced and simple UI for your application, go with MERN technology. This stack generates a frame and presents it on the screen in very little time, guaranteeing a constant user interaction.

MERN stack enables you to build and enlarge a CRUD application from start to finish. The usage of React simply handles rapidly changing data and also offers an impressive user interface. MERN is an ideal framework for developing a single-page application or a mobile app.

Utilizing third-party libraries is another best factor to contemplate when working on developing enterprise-level applications. MEAN has Angular, which has built-in features to support HTTP calls and unite to the back-end. However, ReactJS has supplementary libraries to bring in the corresponding functionality.

Express.js, MongoDB, and Node.js are very famous, and they have wonderful documentation. You won’t see any noticeable difference in the learning curve of MERN and MEAN. However, your learning curve will alter between Angular and React.

Angular is a framework that uses Typescript and templates. You may see a steeper learning curve with Angular, whereas the React framework doesn’t have much learning curve.

Therefore, no single framework can be an all-rounder. You have to examine the features and functionalities to get a better outcome and to meet the business goals.

MEAN Stack Vs MERN Stack: Difference Between MERN And MEAN 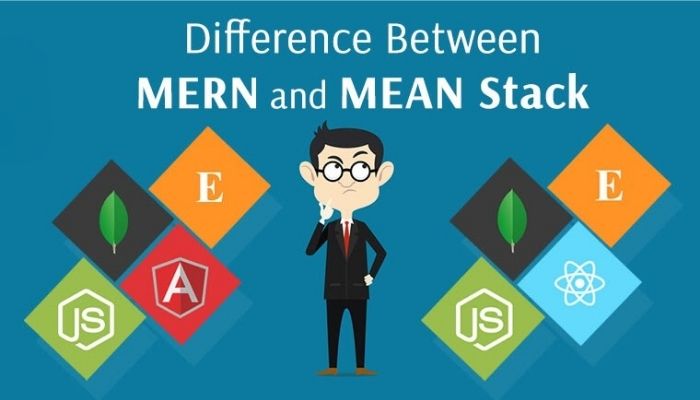 Let’s view the difference between MERN and MEAN; this will help you in finding the uniqueness of both development stack.

Below the MERN, Vs MEAN comparison table is mentioned; this will help you analyze the final outcome of the MEAN Vs MERN battle.

Have a Look at: TOP 20 LATEST ANGULAR JS DEVELOPER TOOLS

In this MERN Vs MEAN neck to neck war, it is really difficult to tell which stack will win the war as both MERN and MEAN includes top-level features and functionalities. But, if you want to build a dynamic web app then you can choose MERN or MEAN as per your business needs.

In order to make efficient use of MERN and MEAN you can hire MERN developers and hire MEAN developers from the recognized software outsourcing company. This will help you get a better result and meet your business goal.

With 16+ years of experience, ValueCoders became one of the best IT outsourcing companies. The company has delivered 4200+ projects globally. In this organization, a minimum of 3+ years of developers works, which offers the leading solutions to startups, SMEs, and large enterprises. 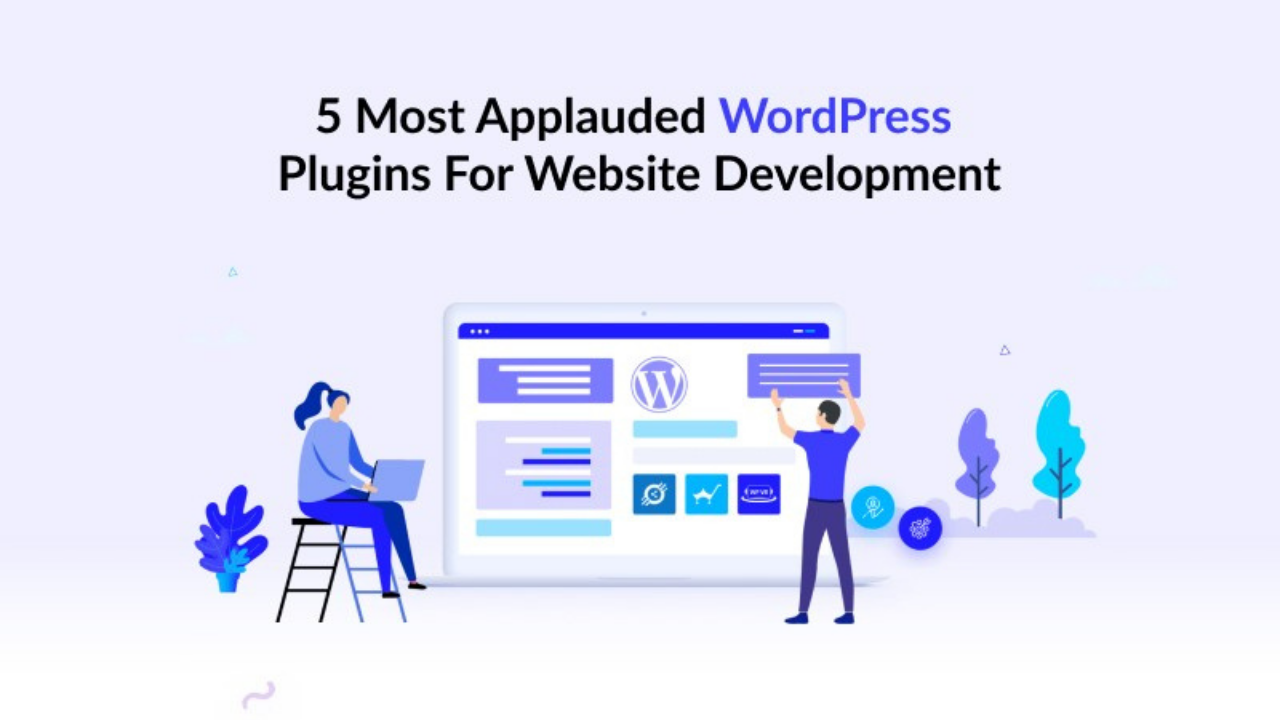 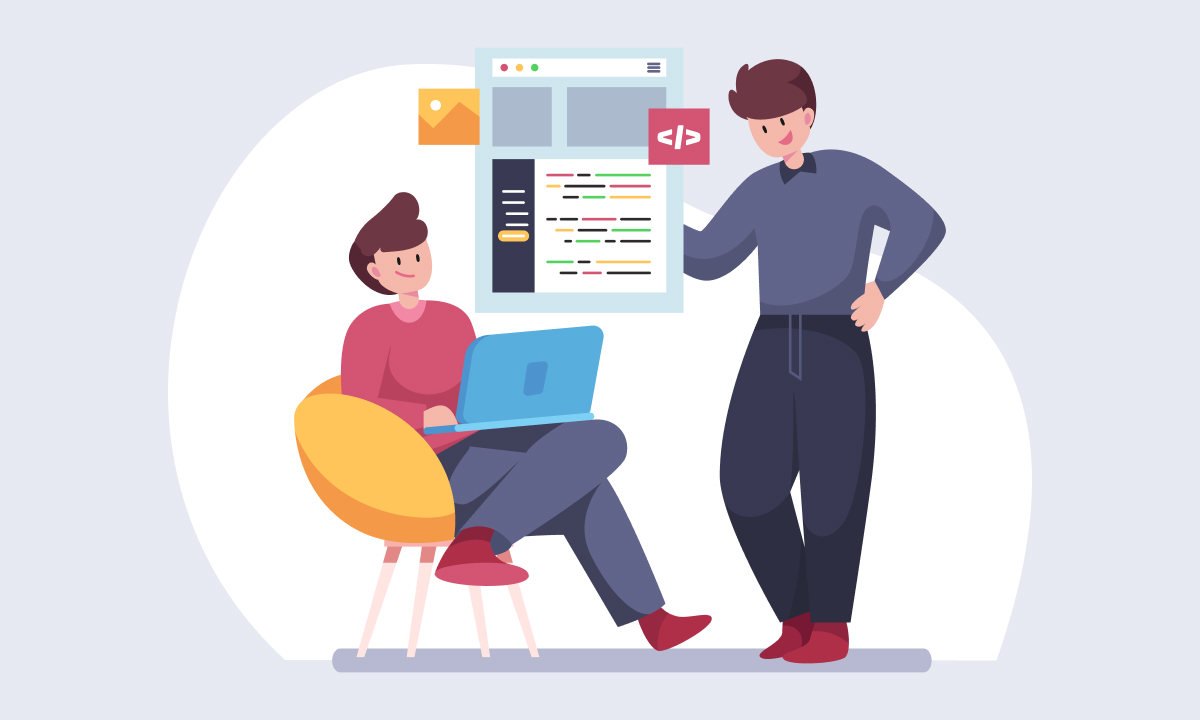 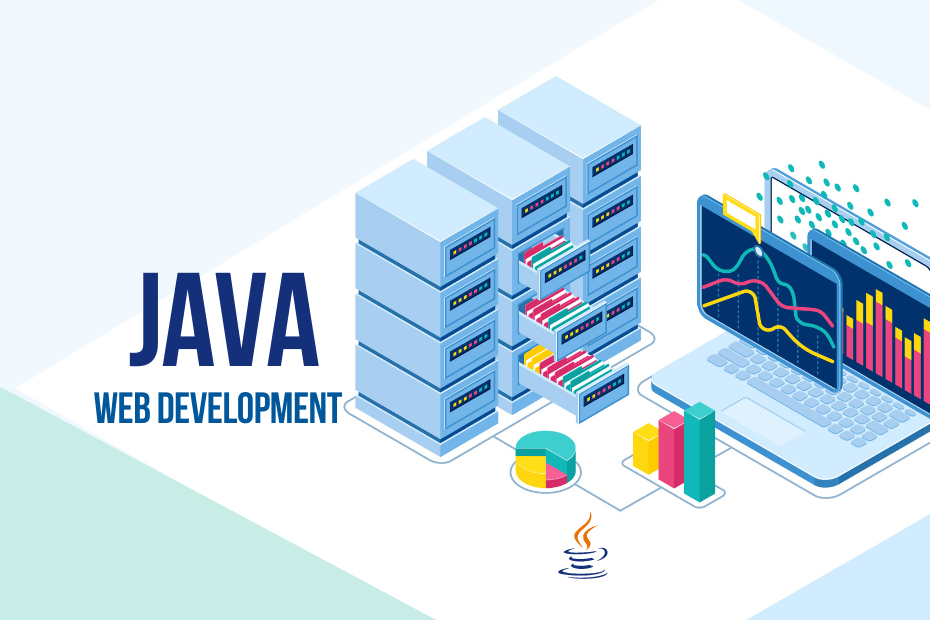 7 Java Web Development Technologies You Must Know In 2021–22