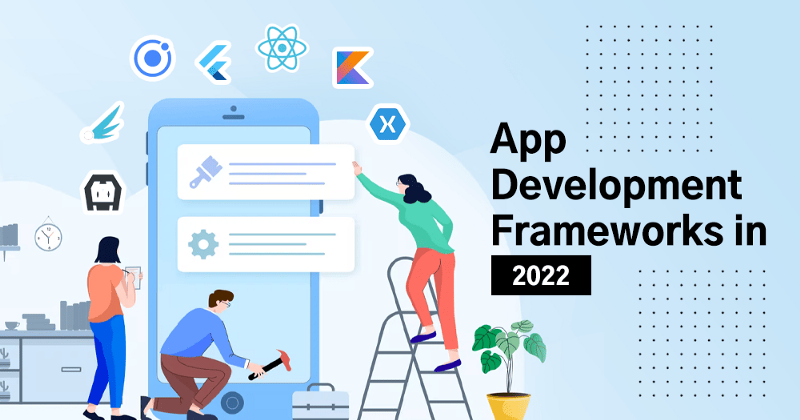 Mobile app development has been around since the mid-1990s, but it has changed drastically since then. Over the years, developers have had to adapt to new technologies and frameworks in order to keep up with consumers’ needs.

Worldwide, the mobile application market size is poised to grow by $653.91 billion during 2021–2025, growing at a compound annual growth rate (CAGR) of almost 21% during the forecast period. (Technavio)

Swiftic is one of the excellent mobile app development frameworks that use Apple’s new programming language, Swift. This framework can be used for more than just developing iOS apps. It can also be used to create MacOS applications, watchOS applications, and tvOS applications.

This is one of its biggest benefits over other frameworks in that it has widespread applicability for all of Apple’s platforms. It uses a common syntax across all platforms and facilitates cross-platform functionality between iOS and OS X/watchOS/tvOS as well.

Some Of The Significant Features Are

NativeScript is not a cross-platform framework; it’s for building native apps with Angular 2. If your goal is to build truly native apps that use native components and APIs, then NativeScript could be a good option. Of course, you’ll still have to write separate code for each platform.

You’ll also need to learn how to use two different languages (JavaScript for your web and mobile development skills will only take you so far). However, if you want a full-stack mobile development solution that gives you access to native components and APIs on both iOS and Android, then NativeScript may be worth looking into.

Some Of The Native Scripts Features Are

React Native is a framework that permits mobile app developers to build applications using JavaScript. These applications can be run on iOS, Android, and Windows Phone. React Native makes use of gestures and motion events to create native apps with a smooth 60 frames per second (FPS) performance.

Its high efficiency means it doesn’t require as much computing power as some other frameworks do. Additionally, it can be used to build mobile apps through its integration with Facebook’s popular React JavaScript library.

Further solidifying its position on our list of top mobile app development frameworks is its user interface (UI). React Native enables developers to write once and deploy everywhere without having to worry about cross-platform compatibility issues.

Some Of The React Native Features Are

From a developer’s perspective, Xamarin is a very effective way to build applications that target mobile platforms. Xamarin has an extensive collection of tools and components that mobile app programmers can use to create native apps for Android, iOS, Windows, and other operating systems.

It uses the C# language as its default programming language and supports a broad range of APIs provided by each platform. The fact that it runs on .NET Framework also makes it more secure than some other frameworks.

Overall, it’s great for developing cross-platform mobile apps with minimum effort. We think it works best for building line-of-business enterprise applications, so if you are looking to create consumer apps, then you may be better off with something else (although you should still consider using Xamarin).

Some Of The Xamarin Features Are

The Corona SDK gives developers a way to create native apps for iOS and Android using a single code base. The platform uses Lua, an industry-standard scripting language, which allows developers to use familiar coding methods to build mobile applications.

Corona is designed to help make developing mobile apps faster and easier, so it’s ideal for both indie app makers and big-name development firms. The platform can produce everything from simple games to complex financial applications.

If you’re interested in testing it out, there are free trial options available that give you access to all of its functionality. One limitation of Corona is that it isn’t compatible with Windows devices; otherwise, there aren’t any other downsides worth mentioning as far as platforms go (no web or desktop support).

Some Of The Corona Sdk Features Are

Sencha is a high-level framework that enables mobile developers to create mobile apps that can be viewed in either HTML5 or native app environments. Ext JS offers a number of valuable advantages for developers, and for those who are new to Sencha, it’s an ideal choice.

In addition, mobile developers may be interested in developing interactive and animated user interfaces, along with access to remote data stores.

Moreover, Ext JS boasts top-tier performance, and it’s capable of managing large amounts of information at once — even if your application deals with thousands of users at one time.

Some Of The Sencha Ext Js Features Are

Apache Cordova, which is now just known as PhoneGap, is one of the popular mobile app development frameworks. It enables developers to build apps using their existing mobile development skills like HTML, CSS and JavaScript and has rapidly become popular among enterprises as well as startups.

PhoneGap allows mobile app developers to access APIs from various devices like cameras, sensors, and notifications. Android uses Java for native application programming, whereas for iOS, it’s Objective-C or Swift. PhoneGap provides a framework that makes it easy to create applications for both Android and iOS platforms simultaneously.

But, it also allows users to develop an app without writing code since they can use various technologies along with a native wrapper overall operating system.

Some Of The Phonegap Features Are

The Ionic Framework is one of a few mobile app development frameworks that can help you build native apps for iOS, Android, and Windows devices. It’s easy to use and provides compatibility with AngularJS, jQuery Mobile, Bootstrap CSS and Sass.

It uses Google’s Web Toolkit (GWT) to convert source code into JavaScript so it can be run on browsers. With Ionic Framework, you can also easily create hybrid apps which are typically cross-platform (one codebase).

Most hybrid apps don’t feel like native apps because they still have something called web view that renders websites as if they were native. There is an effort within Microsoft to replace web views with actual browser controls though that hasn’t been released in final form yet.

Some Of The Ionic Features Are

Build beautiful native apps with consistent behaviour, identical to that of Android and iOS apps.

Today, Flutter supports two major platforms: iOS and Android, which makes it easier for developers who want to build user interfaces in one codebase and deploy their mobile applications on multiple stores.

While Flutter is extremely fast (in terms of rendering) when compared to other cross-platform development frameworks like React Native or Xamarin, one must be aware that Flutter does not support any third-party platform integrations at present.

Some Of The Flutter Features Are

It is an open-source mobile app development framework based on JavaScript and WebKit, which is designed to create mobile applications. Developers can use Titanium to build iOS and Android apps with a single code base.

The framework will be available free of charge as an Apache 2.0 licensed open source project. This framework helps you make your own hybrid mobile app, which runs on multiple devices or platforms such as Android and iOS at once.

One of its key features is that it allows developers to extend functionality by adding plugins written in Python and Java. However, one drawback with Titanium is that it only supports select versions of operating systems and devices.

Some Of The Appcelerator Titanium Features Are

As you can see, there are a variety of mobile app development frameworks to choose from — each with its own set of benefits and drawbacks.

It ultimately comes down to the needs of your project and the preferences of the mobile app programmers. Hopefully, this blog has given you a good overview of some of the most popular frameworks currently in use.

Which mobile app development framework will you be using for your next project? Let us know in the comments below!

Which is the best programming language used in mobile app development?

There are many programming languages available for developing mobile apps. Some of the most popular ones include:

What is a hybrid mobile app?

A hybrid mobile app is a combination of different programming languages and frameworks. It can be run on multiple devices or platforms such as Android and iOS simultaneously.

What is the difference between a native app and a hybrid app?

What are the benefits of using a cross-platform mobile app development framework?

The benefits of using a cross-platform mobile app development framework include: