Our backend development services have helped many businesses get user-friendly solutions for complex needs & challenges. 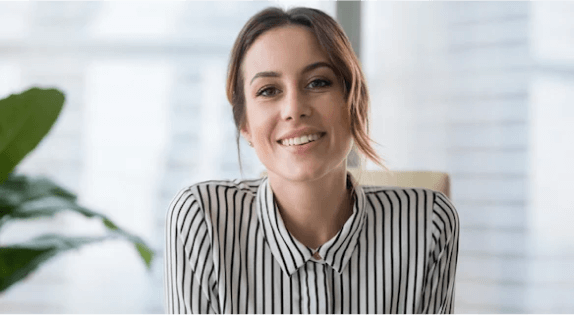 Trusted by startups
and Fortune 500 companies

As a leading backend web development company in India, we specialize in building best-in-class backend solutions that bring value to your business. Our innovative and creative teams deliver projects with excellence.

Our dedicated teams stay up front, ensuring the unique needs are met with the application which solution, audience, and industry it is meant for.

We help businesses build robust web-based applications backend that enables them to create seamless user experience through their applications, using the latest technology trends while keeping your costs low.

Get intuitive & intelligent information flow for your mobile app users with your backend developed for a seamless experience across multiple devices and platforms. Create native or cross-platform systems using the latest technology trends while keeping your costs low.

Our experts help you enhance your existing ERPs or CRMs to avail of the earlier non-existent features to make them richer in terms of functionalities, reporting, and user experience. We use modern frameworks and technologies for our operations, so you can rest easily knowing no detail regarding user-friendliness or performance quality has been overlooked.

As a leading backend development company, we offer reliable API development & integration services for our clients. Using this feature, they can easily customize their application. Moreover, it helps them to analyze data as per their project requirements.

If you want a custom-built backend solution for your business, you are at the right place. We offer bespoke backend solution that can take any idea from inception to implementation with speed, accuracy, and affordability.

Need an optimum app performance solution? Our dedicated teams help you redesign the entire solution infrastructure and leave frontend systems untouched so that it runs smoothly without any technical cost or code enhancement needed on our part.

Our Other Development Expertise

With our strong team of backend developers experienced in custom backend development using diverse technology sets ranging from AI, RPA, IoT, and AR/VR, we can make our presence strongly felt amongst other software companies in India. Consider our backend web development company next time you need expertise on any of the technologies listed here:

We help you manage, deliver, and monetize your OTT content by developing an omnichannel experience for your viewers across different media devices for streaming your OTT content.

Many backend development frameworks are available, but some of the most popular ones include Laravel, Ruby on Rails, and Express.js.

Most common backend development challenges include managing server-side issues, optimizing performance, and dealing with scalability issues. Additionally, backend developers may also need to deal with security issues since they are responsible for the backend of the website or web application.

The popular backend development tools include Laravel Forge, Ruby on Rails, and Express.js. Backend developers may also use MySQL, MongoDB, and Redis databases.

Importance of the Backend Development Services

Backend development services are essential for creating robust, high-performing applications. It provides the foundation upon which modern web applications are built. It also allows developers to create complex applications that handle large amounts of data and traffic.

What are the parts of backend development?

The parts of backend development can be divided into three categories:

The server: It is responsible for handling user requests and delivering content.
The application: Responsible for processing data and generating the appropriate responses.
The database: It stores data that the application can access.

Characteristics of a good Backend technology

A few key characteristics of backend technologies separate the good from the great.

First and foremost, a good backend technology will be scalable. It handles increasing users and data without becoming bogged down or slow.

Another important characteristic is extensibility. A good backend technology will allow new features and functionality to be added easily without disrupting the existing codebase.

Finally, a good backend technology will be robust and reliable. It withstands heavy usage and traffic without crashing or experiencing any major issues.

– PHP : PHP is a widely used scripting language that is especially well suited for web development.

– Java : Java is a versatile and powerful programming language that can be used for many applications.

– Python : Python is a widely used high-level programming language known for its ease of use and readability.

– .NET : .NET is a Microsoft framework that can be used for developing a wide range of applications, including web applications.

– Laravel : Get custom-made applications on Laravel, which are feature-rich and user-friendly.

What are the steps of backend development?

1. Planning and designing the backend architecture and database. This step involves understanding the business requirements and mapping out how the backend system will work.

2. Developing the backend system according to the planned architecture. This includes programming the server-side logic, setting up databases, and configuring server environments.

4. Deploying the backend system onto a live server. This step involves setting up hosting, configuring security, and ensuring scalability.

What Our Valuable Clients Say About Us

We are grateful for our clients’ trust in us, and we take great pride in delivering quality services that exceed their expectations. Here is what some of them have to say about us:

Choose From Our Hiring Models

With us, you can choose from multiple hiring models that best suit your needs

It is an expert autonomous team comprising of different roles (e.g. project manager, software engineers, QA engineers, and other roles) capable of delivering technology solutions rapidly and efficiently. The roles are defined for each specific project and management is conducted jointly by a Scrum Master and the client's product owner.

Suitable for every scale of business and project, team augmentation helps add required talent to you team to fill the talent gap. The augmented team members work as part of your local or distributed team, attending your regular daily meetings and reporting directly to your managers. This helps businesses scale immediately and on-demand.

When project specifications, scope, deliverables and acceptance criteria are clearly defined, we can evaluate and offer a fixed quote for the project. This is mostly suitable for small-mid scale projects with well documented specifications.

Suitable for projects that have undefined or dynamic scope requirements or complicated business requirements due to which the cost estimation is not possible. Therefore, developers can be hired per their time.

Backend web development services have always been our specialization. As a proficient backend development company in India, we have engaged with businesses in various capacities – at times helping them augment backend teams with our experts or providing them a managed & dedicated development team to work as their in-house team. We have also offered our development services for turnkey solutions on a project basis. Below are a few case studies demonstrating how we became our clients’ favorite development partners.

React and Node based content management platform for leading foundation in US.

It is a low-code/no-code, a cloud-native platform that enables you to develop mission-critical apps 20 times faster than traditional methods, leveraging the power of SAP's digital core from any device, with or without connectivity.

It's an investment management website where the admin panel includes several things such as - investing and trading plan that specifies users role, risk configuration, risk monitoring.

The solution is a Field Force management tool to help monitor, analyze and improve the overall performance of the entire Field Force of a company.

We at ValueCoders come up with write-ups that enhance your knowledge and give you detailed information about the latest happenings in the IT industry. Our experts constantly research new IT tools and make write-ups for our valuable customers.

Node.js vs. Golang: Who Will Win The Race of Backend Development?

Node.js and Golang are two open-source platforms that can be used to create powerful web apps, games, and other web…

Frontend vs Backend Developer : who’s what?

With a plan of building a website, you must be trying to hire developers. However, before doing that you should…

Why should I choose ValueCoders as my backend development partner?

You should select ValueCoders as your backend development partner because we have a team of experienced developers proficient in various backend programming languages and frameworks. They also possess expertise in developing APIs, managing databases, and creating scalable systems.

How can I take 2 weeks free trial for hiring backend developers with ValueCoders?

To take a free 2 weeks free trial for our developers, you only need to follow some simple steps as mentioned below:

1. Connect with us for inquiry
We get on a call with you to understand your requirements and evaluate mutual fitment

3. Trial Phase
The engineer(s) work on your project, and we seek ongoing feedback

This 2 weeks period is a free trial, and you do not pay if you do not approve of the quality of work done or the backend developer is hired.

What are the services ValueCoders offers for backend development?

At ValueCoders, we offer a wide range of backend development services. We can help you with everything from custom database development to server-side scripting and API integration. Our experienced team of developers can handle any backend development challenge you throw at us. Our developers are experts in SQL and NoSQL databases, so we can develop a database that suits your needs perfectly. We can also help you with optimizing and scaling your existing database.

Some of the backend development services we offer:

No matter your exact requirements, we always help you build a rock-solid backend system that meets all your needs.

Is outsourcing my backend development project to ValueCoders in India a good idea?

Outsourcing your backend development project to ValueCoders in India has several benefits.
India has one of the largest pools of skilled software developers in the world who can develop high-quality code quickly and efficiently.
Indian companies offer competitive rates, making them an affordable option for tight budgets. They also provide a higher level of customer support than their Western counterparts, which is important when resolving any issues that may arise during the development process.

You can have all these benefits and much more if you outsource your backend development project to ValueCoders, a leading software engineering, consulting, and outsourcing company in India.

How soon can I complete my back-end development project with ValueCoders?

Week 1: Develop the initial feature set and define the database structure.
Week 2: Write the code to connect to the database and perform basic CRUD operations.
Week 3: Add authentication and authorization to your application.
Week 4: Implement any remaining features, such as user profiles, file uploads, etc.
Week 5: Perform final testing and then launch.

What are your main offered technologies for backend development?

Technology is always evolving, and new languages and frameworks are constantly emerging. As such, we make it a point to stay up-to-date on the latest developments in backend technology so that we can always offer the best possible solution for our clients.

We’d Love To Hear From You