Flutter vs React Native: Which Is The Best One For Mobile App Development?

If you are an app developer or designer, then you may be wondering which framework is best for your next project. There are abundant options out there, but two of the most popular frameworks are React Native and Flutter. With several similarities & dissimilarities between the two frameworks, it can often seem like a difficult decision to make between Flutter vs React Native.

However, if we go into detail and talk about various factors of Flutter and React Native, then it will become more clear which one is the better platform option for application development.

Let’s move further and know which framework will win in the war “React Native vs Flutter.” 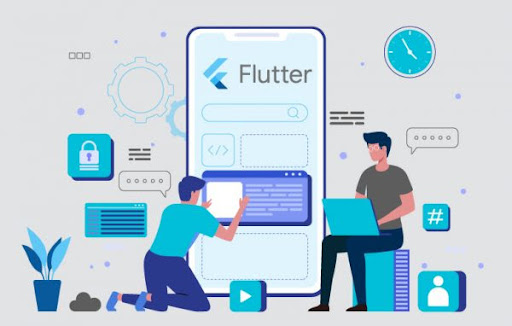 Moreover, it uses the Dart programming language for building applications, unlike React Native that uses JavaScript (which was originally created for web development.

– Flutter provides an excellent user interface and smooth animations with the help of its widgets.

– Developers can create beautiful applications using the Dart programming language, which is easy to learn, read and write as compared to JavaScript (used by React Native).

– Using Flutter developers, you can develop high-performance native apps that are completely customizable.

– Flutter is supported by most of the IDEs.

– Flutter is not supported by the majority of IDEs due to which developers have to switch between multiple tools while working on their app.

– Hot reloading feature must be handled manually in case an error occurs. Moreover, it can take up to a few seconds for hot reloading to work again after fixing the issue.

– Dart is a new programming language, and it may be difficult to find experienced developers for your project.

The skilled Flutter developers working in the excellent Flutter app development company India and other countries can easily make efficient use of the Flutter framework, so it will be better to take help from experts in developing the Flutter-based application. 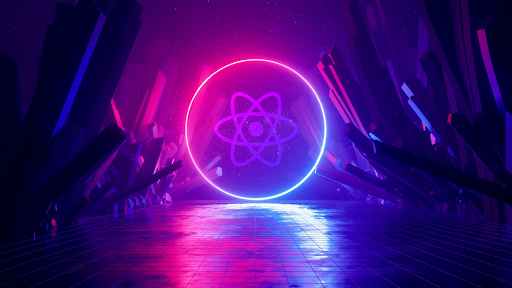 It is an open-source JavaScript framework that has been developed by Facebook to create applications for iOS and Android. Its primary aim is to build native apps using only JavaScript, but you can also use other languages like Java or Swift if need be. The biggest advantage of this framework over Flutter is that it uses the same codebase for developing apps on both platforms.

– It is platform agnostic and can be used to build apps in any mobile OS.

– Applications built in React Native are completely native, and the UI elements will work faster when compared with other frameworks like Ionic or Xamarin.

– Since it is based on JavaScript, React Native has a large community of developers.

– It can be used to build apps for Android and iOS platforms simultaneously with the same codebase.

– React Native has a steep learning curve which makes it difficult for developers to get started with the framework.

– Developing apps in React Native means writing two different types of code (one for iOS and another one for Android).

– It is slower than Flutter when building larger applications since JavaScript runs within a single thread, while Dart can benefit from multiple threads.

The experienced React Native developers are proficient in making efficient use of the React Native framework so, it will be great to take help from experts for forming impactful mobile applications.

Similarities Between Flutter and React Native

Here I mentioned a few pointers explaining the major similarities of Flutter and React Native:

– Both frameworks are open source, so you don’t have to pay a single penny.

– You can develop apps for both iOS and Android using the same code with React Native as well as Flutter.

– The code written in both these languages is very simple and easy to understand. So it takes less time than other programming languages.

– Both of them support hot reloading, which means that the changes in your code will reflect in real-time without having to build an entirely new application every single time you make a change.

– You can easily integrate plugins in both frameworks to add new functionalities.

Difference Between Flutter and React Native

Here are some of the differences between Flutter vs React Native that can help you to make a decision:

– It is not necessary for Flutter apps to be written in Dart, but they have their own language called ‘Flutter,’ which is very similar to Dart. On the other hand, if you use JavaScript, then it becomes easy for React Native to support web development.

– Flutter uses widgets and hot reloading while React Native uses JavaScript as a programming language that can be written in other languages too.

– React Native is very popular among the JavaScript community due to its integration with web development, while Dart is not as well known as other programming languages like Java or Swift.

– Flutter has its own set of widgets that are supported by the platform, while React Native uses native components.

Flutter vs React Native: Which Is The Better One? 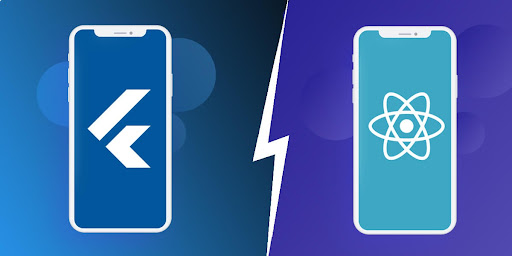 In this Flutter vs React Native competition, we can say that both frameworks have their own set of pros and cons. In fact, it is difficult to declare a clear-cut winner because the choice mainly depends on project requirements and the developer’s preferences.

Here are a few parameters which you should consider before choosing between Flutter Vs React Native.

Performance
The performance of React Native is much better than that of Flutter. This is the case when there are frequent updates to an application’s UI elements, which need to reflect changes quickly without any lags or other issues.

Code Maintainability
React Native encourages JavaScript (JSX) as the default language for developing native mobile apps. So, we can say that React Native will give you a better developer experience because there is no need to learn separate languages like Flutter, which uses the Dart programming language.

User Experience
React Native is a better choice for app development because it allows you to reuse the user interface (UI) and other components from web apps. In fact, developers can also take advantage of React’s large community support by simply searching Google or GitHub.

On the other hand, Flutter has widgets that are designed specifically for mobile devices. Thus it is a better choice for apps that require high-performance graphics.

UI Control
If you want to create UI controls for your application, then Flutter is a better option. Because it has built-in widgets that come with customizable ability. Moreover, it can be used throughout an app. React Native doesn’t come with any predefined components but provides some third-party libraries for creating your own widgets.

Community Support
Flutter has a small community of developers compared to React Native, but it is growing rapidly due to Google’s constant efforts towards the framework.

Development Time
If you are looking forward to forming apps that require many features and have complex UI elements, React Native will be a better option because it is easy to learn and use. However, if you want an app that works swiftly while having fewer UI elements, then Flutter will be the best choice for you.

Time To Market
There is no doubt that both frameworks bring in some impressive features. But when it comes to time-to-market strategy, then React Native has the edge over other cross-platform tools. This is because it allows developers to reuse the code while developing apps for different operating systems. Thus, shortening development time significantly.

Type Of Apps
If you are planning to develop a business-related or productivity app, then Flutter is the right framework. It offers features like push notifications, high performance, and smooth animations, which React Native lacks. On the other hand, if your app requires customization in UI/UX design along with advanced animation effects, then go for React Native.

Scalibility
If the scalability of your application is your main concern, React Native will be the best alternative. It is easier to scale an application of JavaScript than it will be for Flutter apps. This is because Flutter apps compile into platform-specific native binaries using Google’s Ahead of Time (AoT) compiler.

Flexibility
Flexibility can be another deciding factor as to which mobile app development framework you should choose. In this case, React Native will be the better option because it is possible to customize a large number of APIs that are provided by default within the framework. Moreover, there are many third-party libraries available for React Native developers in order to make their tasks easier and more efficient.

However, Flutter has one distinct advantage over React Native, i.e., it offers better development time and efficiency by allowing its developers to write code in a single language (Dart). So, if you need faster turnaround times for your projects, then using Flutter can be the right choice for you.

Viewing the table mentioned below, you will be able to make better decisions related to hire Flutter app developers or hire React Native app developers.

There are multiple factors to consider while choosing between React Native vs Flutter. However, based on the points and table described above, one can easily decide which framework is the right choice for your next project.

If you want your app to have high-performance graphics and need custom UI controls from scratch, then choose Flutter. On the other hand, if you want your app to have reusable components and large community support for help with issues, then go for React Native. In the case of time-to-market strategy as well as the type of apps development, Flutter is better than React Native. Also, scalability can be better in the Javascript framework due to its vast community support.

React Native is better if you need to develop apps that are less complex in nature. It doesn’t require high-performance graphics or animations features, etc., within your app. Because Flutter does not offer these advanced effects out-of-the-box. Furthermore, React Native offers more flexibility to developers. Also, it allows them to use JavaScript syntax while developing and customizing APIs (application programming interfaces).

So, which is the better framework: Flutter vs React Native? The answer to that question depends on your goals. If you want a high-performance application with code maintainability and low development time, go with Flutter. React Native has a lot of potential in terms of user experience. It is due to its use of native UI components. But it’s not as fast or easy for developers who are new to JavaScript frameworks.

Both have their pros & cons, so we recommend weighing all these factors before deciding what will work best for you. There’s no perfect solution – just look at which approach suits your needs!