Time is changing with the release of modern technologies, and older ones are updating accordingly, and with that, the preference and the value of the technical languages are also evolving at a high pace. That’s why it is really difficult to pick the best one for your next project.

It is hard to select one among all technologies, and that’s why here I will talk about a few popular programming languages like Java, .Net, and Python. All three languages are popular. Let’s view who will win the Java vs .Net vs Python battle.

Let’s start our discussion on the war between .Net, Java, and Python…

In order to understand Which is the best between Java vs .Net vs Python, it is essential to be clear about all three technologies, so let’s start with knowing a bit deeply about Java, .Net, and Python.

The establishment of the Java Language Specification, written in July 1995, allowed for the development of a fully executable Java compiler by November 1997.

Object-Oriented: The Java program is a collection of objects that communicate by invoking each other’s methods. Object-oriented programming (OOP) techniques help you deal with complexity by identifying distinct areas of responsibility and hiding implementation details behind well-defined interfaces.

Multithreaded: With Java’s multithreaded feature, developers can write programs that can do multiple tasks simultaneously. It allows the developers to construct interactive applications that can run smoothly.

Great Libraries: Java ecosystem is huge. It has numerous great libraries that can be used for various purposes, such as Hibernate for ORM, Jackson for JSON processing, Guava for Collections, Joda-Time for date and time objects, and Lombok to reduce boilerplate code, etc.

VM: The Java Virtual Machine is an abstract machine that provides a platform to run Java programs. It is the heart of the Java platform and enables Java to be portable across different types of systems, whether they use Windows, macOS, or Linux.

Steep Learning Curve: Java has a steep learning curve, especially for beginners. The syntax is not easy to understand, and it takes some time to get used to the way things work in Java.

Java for web development is the best choice for this; you can prefer the Java coders for hire option. This will help you build an excellent website.

.Net is an open-source platform through which one can develop various sorts of applications. With this platform, you can use various languages, editors, and libraries to build for the web, desktop, games, and IoT. .Net supports multiple programming languages such as C#, C++, VB.Net, and F#.

Read More: PHP vs. Python: Which One is A Cakewalk for Web Development?

Language independence: It is possible to write .Net programs in various languages. This feature is achieved by using the CLR, which converts the source code into a common intermediate language.

Base Class Library: .Net provides a base class library, a collection of reusable classes that can be used to develop various applications.

Stable Code: The code written in .Net is more stable than other languages. This is because the CLR provides type safety and memory safety, which helps to avoid unexpected crashes.

Great 3rd Party Libraries: .Net has a great ecosystem of various third-party libraries that can be used for various purposes like web development, desktop applications, etc.

Great Community: .Net has a great community of developers who are always ready to help and support.

Slow Performance: The performance of .Net applications is not as good as compared to other languages like C++. This is because the CLR needs to convert the source code into a common intermediate language, which takes some time.

If you want to work with .Net for your next web app development, then hire dedicated .Net app developers from the reputed IT company; this will help your business create a robust application.

Python is a general-purpose programming language used for the back-end, software and web development, data science, and writing system scripts over other things. The technology is simple to learn, syntax maintains readability, and therefore lessens the expense of program maintenance.

Image Source: What After College

Dynamically Typed Language: Python is a dynamically typed language, meaning the type of a variable is not set in advance. It is easy to write programs as one doesn’t need to declare the type of variables in advance.

Easy to learn: Python is an easy language to learn as it has a simple syntax and readability. This makes it ideal for beginners who want to get started with programming.

Highly scalable: Python is highly scalable, meaning it can be used for large-scale applications. This is because of its object-oriented approach and dynamic typing.

Dynamic Typing: Python’s dynamic typing makes it easy to write programs as one doesn’t need to declare the type of variables in advance.

Runtime Errors: Python is a dynamically typed language, meaning errors can only be caught at runtime. It is difficult to debug programs as one needs to wait for the program to run before any errors can be found.

In order to build an outstanding web app, you can opt for a Python programmer for hire option. This will support you in creating robust web apps.

If I talk about Google trends 2021 web search comparison results of .Net, Java, and Python, then in this race, Java and Python are giving neck-to-neck competition. However, .Net is in the last position.

Observing this, one can’t say which one is best among Python, Java, and .Net as there are various things that are in favor of .Net but not in favor of the other two, Java and Python. So, let’s move further to make a deeper analysis.

Java vs .Net vs Python: Comparison Between Java and .Net and Python

Well, all three technologies are excellent at their place, but just a few things made them more popular in different fields. Let’s move further to know the winner name of Java vs .Net vs Python war.

All three, .Net, Java, and Python, are popular and mostly recommended by developers for web development.

Both Python and Java have commonly used programming languages. As per the Stack Overflow Survey Result 2022, 43.51% and 33.4% of professionals generally prefer using Python and Java, respectively. 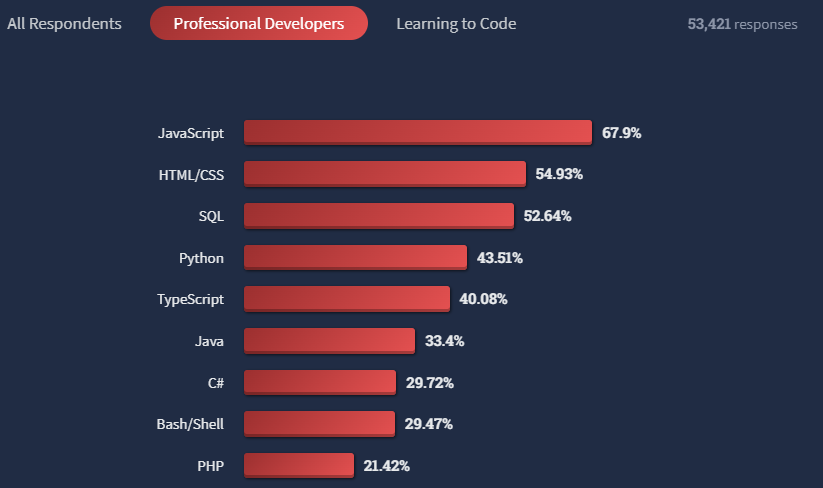 If I talk about other frameworks, then according to Stack Overflow Survey Report 2022, 36.1% of experts are using .Net.

One of the most vital factors of using Java is that it shares a particular language over various platforms. But the programs written on it work freely across diverse OS models. Java supports multiple languages such as Ruby, Python, Scala, Groovy, and Kotlin.

Currently, .Net supports about 20 languages. .Net framework supports languages (C# and C++) that are beneficial for web and backend development. This technology can program in any language of your choice, such as C # .Net, Vb.Net, Perl, and many others. But still, it is beneficial for making a particular code for the Windows platform only.

By default, Python supports the code written in other programming languages like Java, C, and C#.

So, Java supports a single language over multiple platforms, whereas .Net and Python support multiple languages, so in this case, Python and .Net win

Read Also: A Never-Ending Battle Of PHP Vs. Java: Which Is Best To Choose?

Python and .Net languages are simple to use and learn, but Java is comparably harder to use and understand. Java coding is somehow complex in comparison with .Net and Python, and that’s why the chances of error rate get higher in Java. So, in this case, .Net and Python are the winners.

All three languages, .Net, Java, and Python, offer the same performance range; the only thing is it works differently.

Java is defined by static-typing syntax. With this syntax, the compilation is faster and simple than dynamic-typed syntax. It is less inclined to errors. Additionally, it includes a Just-in-time (JIT) compiler. This compiler compiles the byte code into the native machine, due to which the compiled code can be called directly.

Python, the code typed in dynamic-type syntax, isn’t as flexible as every platform. At the same time, .Net is supported by Microsoft, which helps it in offering leading performance. .Net developers for hire option can help you develop an outstanding web app, so if you are running a startup or SME business, then you can go with this option.

Security is always a primary concern for an open-source platform such as Java and Python, as there is a lack of expert support. In comparison to both Java and Python, .Net security is the responsibility of Microsoft (official platform).

So, in terms of security, .Net wins the .Net vs Java vs Python battle.

This comparison table will help you fastly analyze the result of the Java vs .Net vs Python war.

All three Java, Python, and .Net include top-level features and allow you to build a top-notch web app for your business. Selection between Python, Java, and .Net can be made based on the requirement of organizations.

For agile application development, big companies can create a web app using Java, and you can hire a Java developer.

Moreover, I want to tell you that Java is a popular programming language, but Python and .Net are widely used technologies. So it’s totally up to you to Hire dedicated .Net app developers or Python developers for web app development.

For what sort of web app development is Java best?

Using Java, you can develop small to large-scale web applications. However, if you want to build a complex web application, you might need some frameworks and libraries that can add more functionality to your application.

Can Python be used for game development?

Which language is better for artificial intelligence and machine learning?