Angular 4 Is Out Now!! Should You Switch From Angular 2? 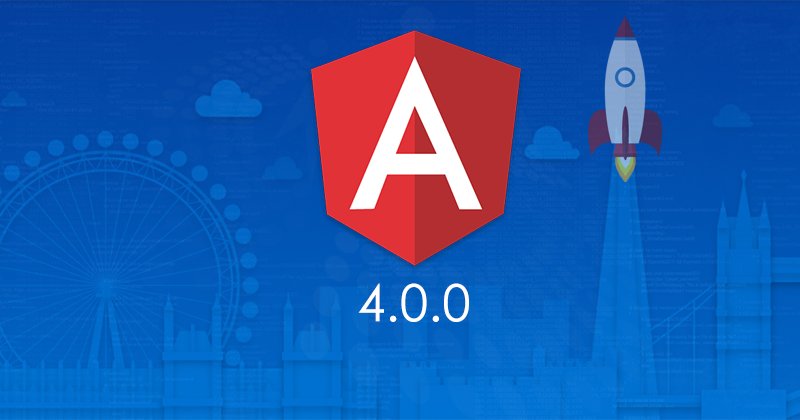 From our last blog, you already know that Angular 4 was going to release on March 2017. On 23rd, Google’s Angular team finally announced the release of version 4 skipping the 3rd one. As the long-awaited release of Angular 2  was a complete makeover of the previous version, this time they have kept it less surprising and similar to version 2.

This means Angular 4 has a gentle learning curve. However, for those developers who are still in the learning phase of Angular 2, it can be a little difficult to switch to the newer one. Hence, let’s first see what this new version has to offer and then discuss about switching.

As compared to Angular 2, there are many new things added to the list. Not only new features but also some tweaks are there that enhance old features.

With Angular 4, applications are going to be less space-consuming and faster than before. However, by no means, they are done yet, and the team is focused on making further improvements in the upcoming months.

They’ve made changes under to hood to what AOT generated code looks like. These changes reduce the size of the generated code for the components by around 60% in most cases. The more complex the templates are, the higher the savings.
During the release candidate period, many software developers who migrated to Angular 4 reduced their production bundles by hundreds of kilobytes.

Here is the design doc for better understanding.

They have pulled animations out of @angular/core and put into their own package. This means that if you don’t use animations, this extra code will not end up in your production bundles.
This change also allows you to more easily find documentation and to take better advantage of auto-completion. You can add animations yourself to your main NgModule by importing BrowserAnimationsModule from @angular/platform-browser/animations.

Universal, the project that allows developers to run Angular on a server, is now up to date with Angular again, and this is the first release since Universal, originally a community-driven project, was adopted by the Angular team. This release now includes the results of the internal and external work from the Universal team over the last few months. The majority of the Universal code is now located in @angular/platform-server.

To learn more about taking advantage of Angular Universal, take a look at the new renderModuleFactory method in @angular/platform-server, or Rob Wormald’s Demo Repository. More documentation and code samples are going to come. Hire Angularjs developers to be part of your core software development team.

The team has updated Angular to a more recent version of TypeScript. This will improve the speed of NGC and you will get better type checking throughout your application.

Now when there is an error caused by something in one of your templates, they generate source maps that give a meaningful context in terms of the original template.

Here is the latest tutorial for you to start with the new version.

1) AngularJS vs ReactJS: What’s good for your business?

2) Angularjs Vs Reactjs Vs Vue.js

If you have watched the video, you might have understood that it would not be hard to switch to Angular 4. However, If you are still not very comfortable with Angular 2 then it can be a little difficult for you. In that case, ValueCoder‘s (Custom Application Development Company) expert advice would be to wait for some more months and then grab it as there are still 6 months remaining before Angular 5 comes.

If you are looking to hire Angularjs developers then our web experts would help you. Contact us for further queries.

2 thoughts on “Angular 4 Is Out Now!! Should You Switch From Angular 2?”