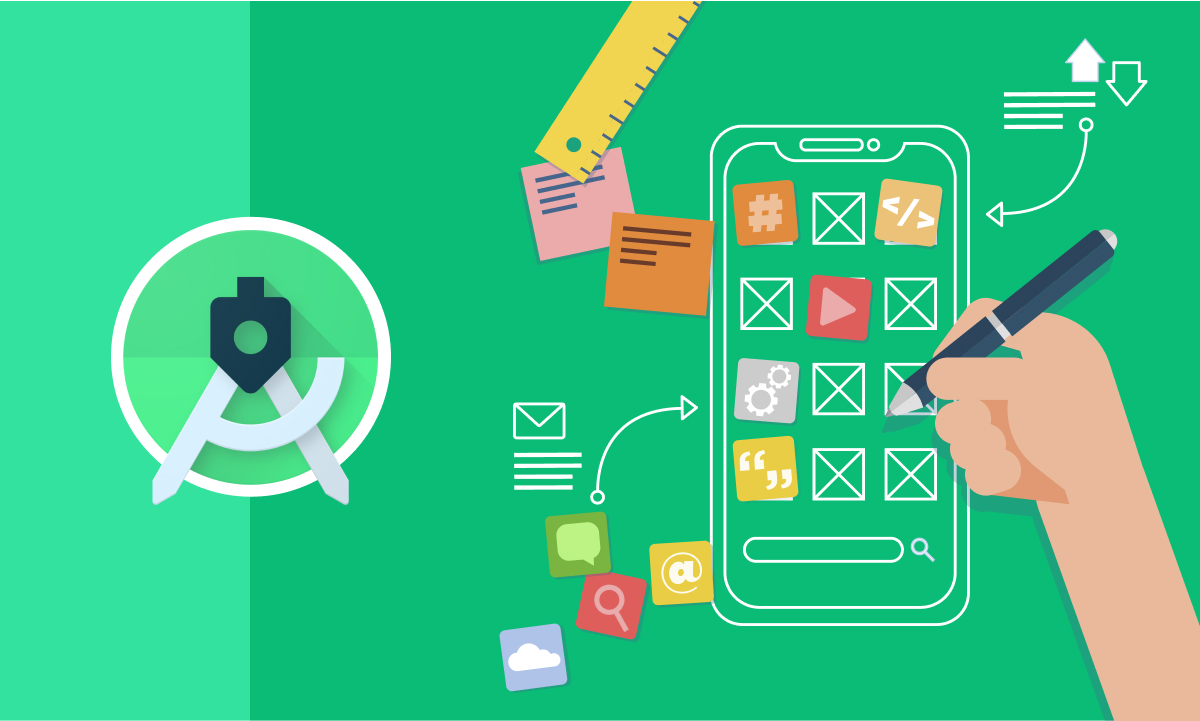 Android Studio, the Android Integrated Development Environment (IDE) developed by Google, works only on Google’s operating system, Android. It serves as the tool used to create apps and games for the Android platform.

But what if you want to develop apps or games that are not limited to one operating system? What if you would like an IDE that runs on multiple platforms? Such tools do exist!

In this article, we’ll take a closer look at App Store alternatives to Android Studio that are powerful and helpful. Moreover, there are many different app store alternatives available, and each of them has different benefits and drawbacks, so let’s take a look at the most popular ones.

We did thorough research at ValueCoders and found 8 alternatives to Android studio, and here they are –

The Amazon App Store is one of the top app store alternatives to Android Studio. The store has more than 744,397 apps that users can download. Users can also download games and other apps through their smart TV, Blu-ray players, and other compatible devices. 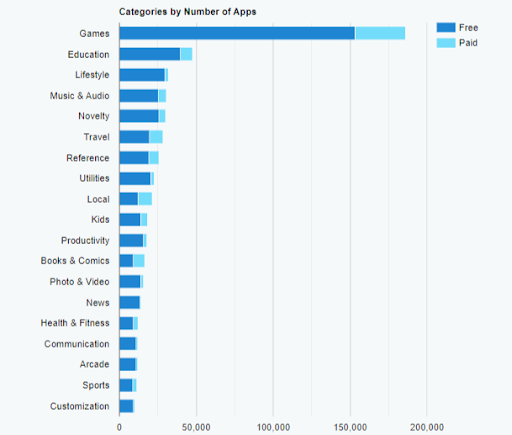 Apps downloaded from Amazon are also not subject to Google’s app policy, which bans apps that offer content similar to its own offerings (such as Google Play Movies & TV). You’ll need an Amazon account with a credit card on file in order to use the store.

Like other mobile app stores, there is no technical way of paying for or downloading free apps directly on your phone or tablet – you will have to do so via your computer first, then transfer them onto your device. 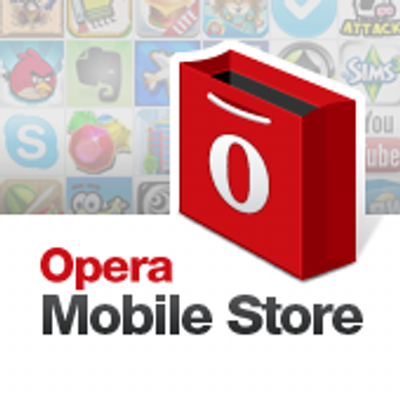 The Opera Mobile Store (OMS) app store is built right into Opera Mini for a seamless experience. It is currently available for all devices running on Nokia Symbian S60 3rd edition and above and will be coming soon for Symbian^3 devices. 300,000+ apps and games are available on Opera Mobile Store.

Unlike other app stores, it only lists apps that have been adapted for mobile, making it easier to find relevant apps. With OMS, all you need to do is search and download or sync your applications from your PC through Opera Software’s OSS application or Windows Marketplace.

You can also submit your own free or paid applications directly from within OMS by using our open-source developer tools. 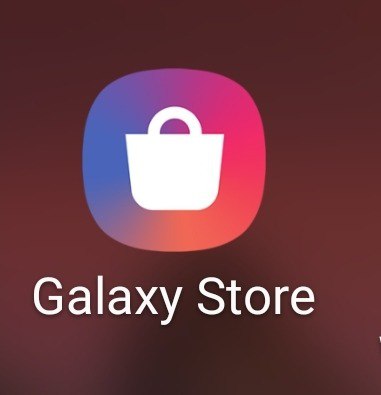 Much like Android Studio, Samsung Galaxy Apps is a store for downloading apps and games for your device. But unlike Google Play, it has its own market of third-party app developers selling their wares.

It’s easy to install on any Samsung device, but not many carriers will support it (looking at you, Verizon). That means that only phones from big companies will have access to most of its content.

However, if you’re seeking a specific type of app or game that isn’t available in Google Play, it might be worth giving Galaxy Apps a look. The good news is that Galaxy Apps does support Google Wallet—so there is no need to worry about paying with another service. 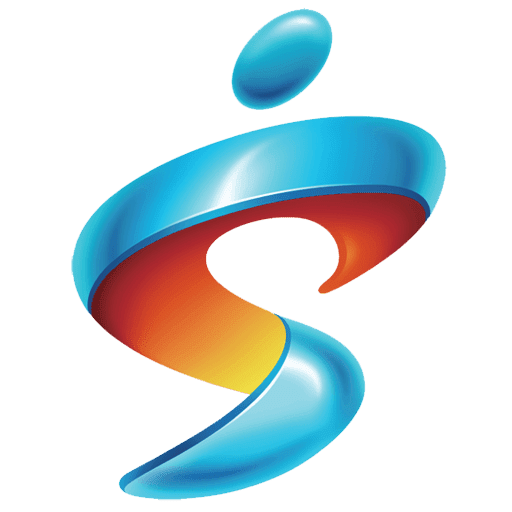 An excellent application for Android. After installed, you can quickly install any apps from it, and also, it helps you control your privacy of phone more than Google Play Store does. It offers applications for free download, clean UI, and a strong firewall as well.

MobileGenie is a very nice platform. Make sure you’ve signed up with your Google account before proceeding to download anything from here, as MoboGenie can retrieve information stored in your google accounts.

Some users might be concerned about their solitude on using MoboGenie, but I don’t think there’s much risk involved. You just require to sign up with a Google account which only means that if you’re logged into your Gmail or other Google services on your android device, then MobileGenie will know that too.

In addition, Android app developers can assist you in creating and publishing your app on the store. 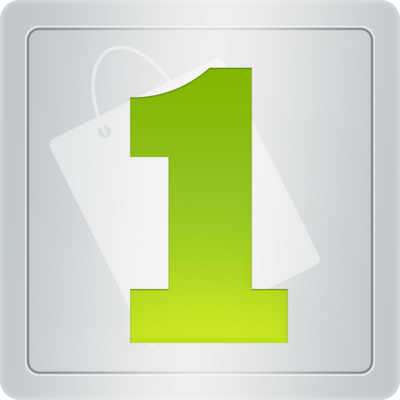 1 Mobile Market is one of the largest alternative app stores for Android Studio. It features around 1.3 million applications and has been operating since 2010.

However, its lack of popularity makes it difficult for developers to get their apps seen; there are simply not enough users looking at app listings on 1 Mobile Market.

The mobile marketplace uses a Barcode Scanner that requires you to scan a QR code with your phone in order to download an application from their website or online store. You can also upload APK files directly into 1 Mobile Market in order to make them available for download.

You can also upload APK files directly into 1 Mobile Market in order to make them available for download. Apps downloaded through 1 Mobile Market have access to many advanced features like push notifications, cloud-based data storage, and live chat. 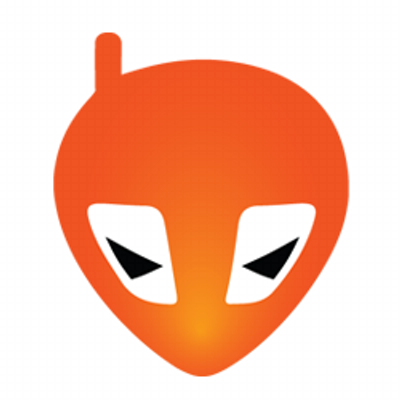 With a huge array of app categories and a clean, easy-to-use interface, Mobango is one of many top app stores for users who want something other than Android Studio.

It’s also worth checking out for indie developers who are hoping to sell their apps directly. Users can purchase individual apps or subscribe for an ad-free experience as well as app suggestions based on past downloads.

Mobango also has mobile deals that offer discounts on in-app purchases, subscriptions, and more—the kind of thing you see in Apple’s iTunes store or Amazon’s Appstore.

The payment options are just about what you’d expect: credit card info entered once during signup and all future payments tied to that account. And if you’re looking for a particular application, Mobango makes it easy to search by category or keyword.

However, it does lack some Android Studio features like family sharing and movie rentals. Also, there isn’t any way to pay with Google Play gift cards (and no PayPal either). But there is an abundance of options to choose from if these aren’t important factors for you. 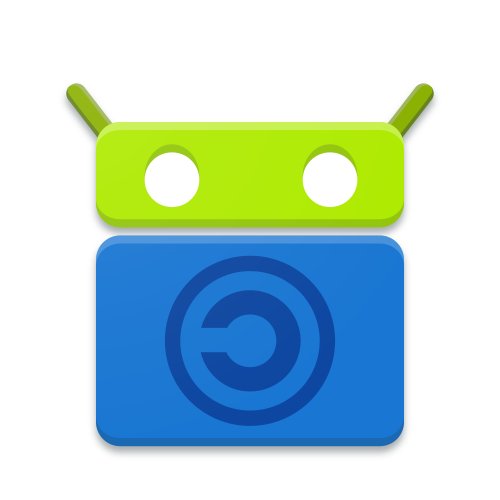 If you’re looking for an open-source app store with no corporate interests at play, check out F-Droid. This is a store where only free software can be sold and downloaded.

Moreover, F-Droid offers few in-app purchases, advertisements, or scams. You should note that when downloading through F-Droid, you may have to sideload your apps onto your device.

In other words, instead of installing an app through its application listing on Google Play Store or another online marketplace and having it show up on your home screen immediately (as would be expected from traditional app stores), sideloading requires manual installation from a file saved on your computer’s hard drive.

If you are encountering issues while using F-Droid, hire Android app developers in India. This will be the best decision for you as they have great experience in resolving issues within no time. 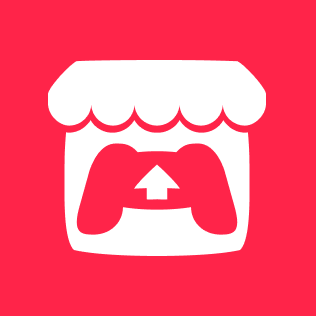 Previously, it was a place for indie game developers. But now, Itch is expanding its role and allowing users to sell not only games but also anything that they want on their platform.

The downside is that they don’t have a large user base so far, and we still think it’s mostly used by gamers and developers. Still, if you are looking for a free alternative for the app store, then Itch can be your choice!

Moreover, it has very few expenditures in comparison to Google Play Store expenditures. And at last, Itch offers an open-source code for all its apps which makes it more reliable.

So, these are a few of the best app stores that you can use as an alternative to Android Studio. We suggest you try them out and see which one suits your needs the best!

Android Studio is currently the most popular IDE for Android Development, but Visual Studio Code is a strong contender that’s worth considering if you’re looking for an alternative.

Visual Studio Code has a number of features that make it appealing, including support for multiple languages, powerful debugging tools, and an extension marketplace that rivals Android Studios in terms of both variety and quality.

It also has a plethora of features that Android Studio doesn’t, such as built-in support for Git and extensions for working with different programming languages.

However, it can be a little more difficult to get started with than Android Studio, and some features (like the ability to preview layouts) are still lagging behind Android Studios.

All in all, both IDEs are great for Android development, and it ultimately comes down to personal preference for which one you choose.

While Android Studio is a great development platform, it may not be the best choice for everyone. If you’re looking for an app store alternative, I suggest checking out some of the options listed above. This will provide you different ways to reach your targeted customers.

Each and every store’s name stated here has something unique to offer, so take your time and explore them all to find the one that’s right for you.

It does not matter whether you are picking the Android app store or others; this is certain that you need to develop an app for that. ValueCoders, a (Custom Application Development Company), provides dedicated development teams for Android application development.

For all your mobile application development, we offer excellent benefits, including a Zero billing guarantee, Pro-level Teams, and Guaranteed SLAs.

2. What are some other alternative IDEs for Android development?

Eclipse, Xamarin Studio, and IntelliJ IDEA are all popular alternatives to Android Studio. Each has its own strengths & weaknesses, so it’s important to choose one that will fit your individual development needs. Additionally, there are a number of lesser-known IDEs that may be worth considering if you’re looking for something different.

3. What is Integrated Development Environment?

IDE is a software application that proffers tools for software development. It typically includes a code editor, debugger, and compiler. IDEs are commonly used for development in languages such as Java, C++, and Python.

4. What should you look after while hiring Android developers?

When hiring Android developers, it’s important to make sure they have experience with the Android SDK and understand how to create apps for the platform. They should also be familiar with common Android development tools and frameworks.

Additionally, it’s important to verify that they are capable of meeting your project’s deadlines.

5. Is it necessary to learn Java for Android development?

However, if you want to use features that are specific to Java (like IntelliJ IDEA), then you will require to know at least some Java. 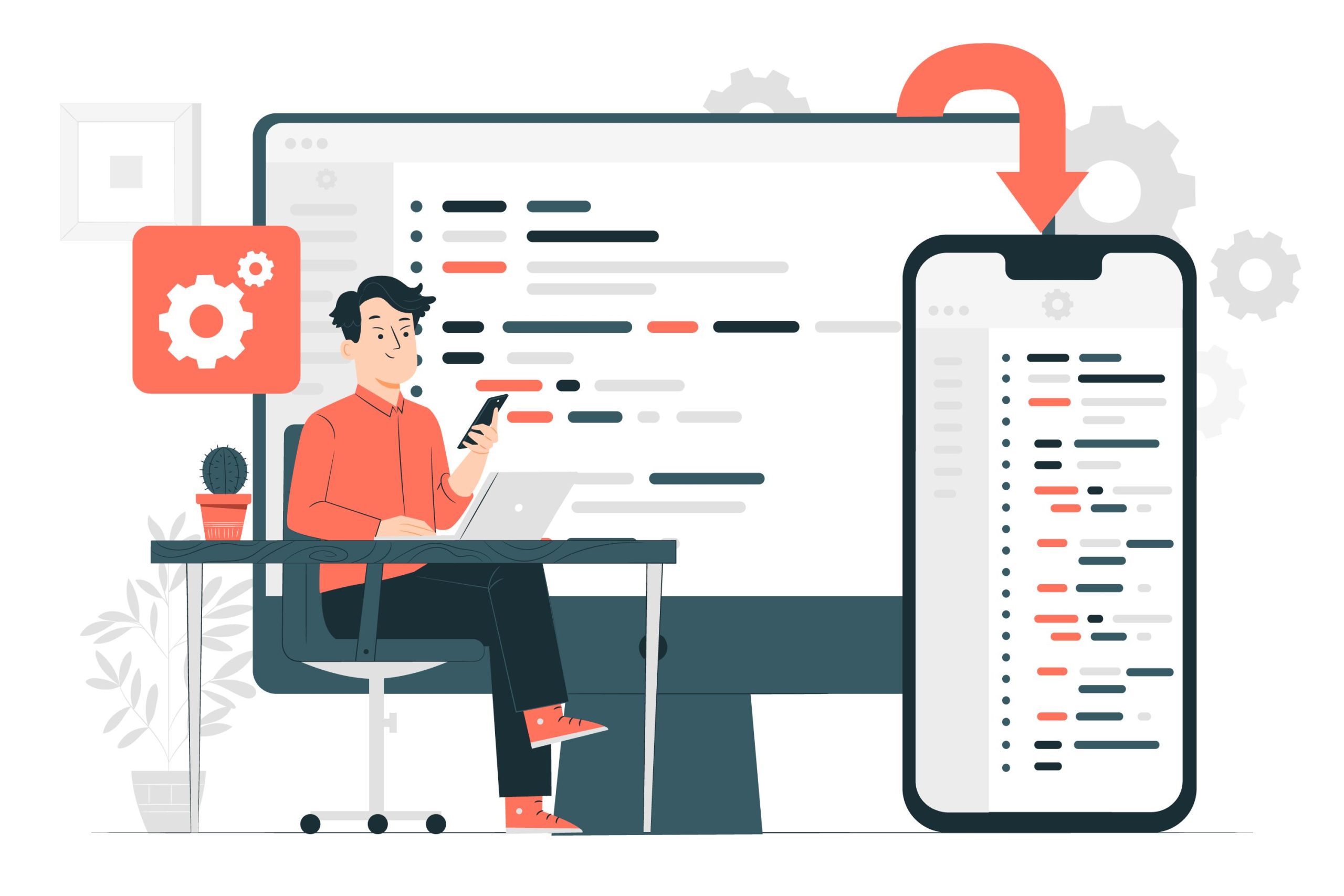 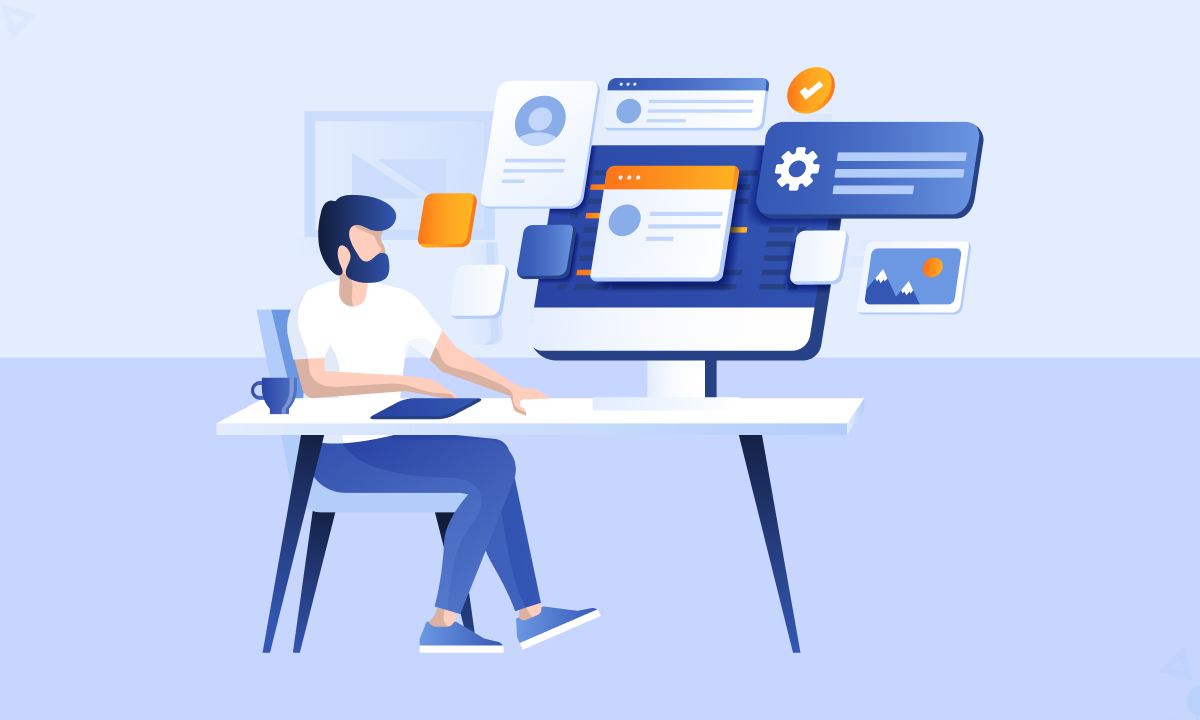 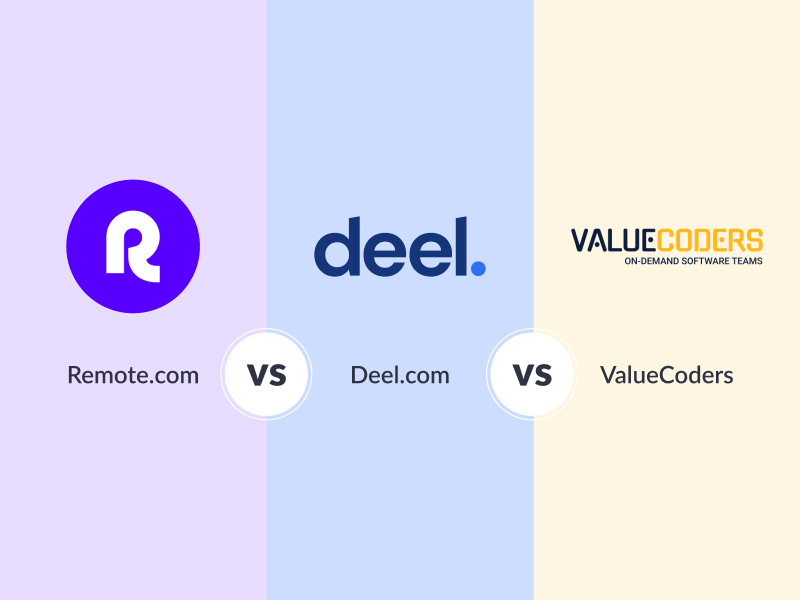