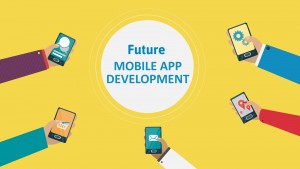 Also if you are thinking of developing a mobile app the first question that comes in your mind is the cost of application development. So, we have gathered a few details for you on the cost quotations: 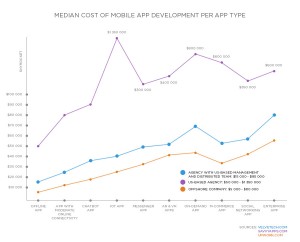 An application with a minimum set of features costs in around $22,000, while the complex mobile app development cost starts at $110,000.

AppAnnie research on the mobile market has predicted that this is where the market for mobile apps will be by 2022.

1) Integration of Internet of Things and Cloud 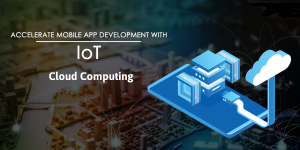 One of the technologies that are a buzzword in today’s times is the Internet of Things. There are many ways in which IoT and Cloud can transform mobile app development. Today developers need to create apps that can run on multiple mobile devices that’s why they need cross-platforms to create such modern apps.

IoT and Cloud-enabled mobile applications are going to become a key trend in the coming years because of their capabilities to handle excessive data and connecting multiple devices on a real-time basis.

In the future, the apps need to be more advanced, they will need to speak to you, in the same way, devices built on IoT communicate. The cloud ability to connect many things with APIs will also be essential in the future of mobile application development.

People use mobile devices for various purposes like gaming, entertainment, etc.  And expect a high level of features such as navigation, speech recognition, and natural language processing. Artificial Intelligence in the future for all the apps have almost everything.

In the future, most AI apps will be developed using technologies such as predictive analytics and machine learning algorithms. This will allow mobile app developers to deliver a more personalized experience in their applications and apps will be able to perform the functions such as analyzing the user behavior and alert them about any suspicious threats and breach of information.

Swift programming language will play a greater role in future mobile app development and that’s why it becomes part of the future mobile trends that increase the speed of app creation whereas reducing overall cost.

Swift programming language is used to develop iOS applications and offers some ravishing features that have been never used by the developers using other native languages. The best highlighting feature of Swift is its Interactive Playgrounds with which you can make changes to any kind of coding without recompiling and fixing errors.

Some more highlighting features of Swift programming language for mobile app development are its inferred types and automated memory management. The interoperability between the Objective-C programming language and Swift is also allowed so developers dont need to rewrite Objective-C applications for Apple iPhones and iPads. Moreover, Swift language undoubtedly of great significance in the mobile application development industry today and in the coming years. 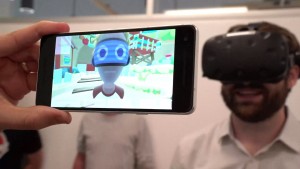 In 2019 the mobile app development industry is aware of Virtual Reality (VR) and Augmented Reality (AR). In the future, these technologies will become very advanced and will be part of the great revolution in developing gaming and entertainment mobile apps.

There are various VR-based games and applications developed like Pokemon Go, Sky Siege, iOnRoad, Google Cardboard, Samsung Gear VR, and much more become a show stopper in the global gaming and entertainment industry.

So, the VR and AR technologies in mobile app development are continuously enhancing the performance and features with a rapid speed and in future, both the technologies will surely improve the way developers build gaming apps, travel apps, live streaming apps. 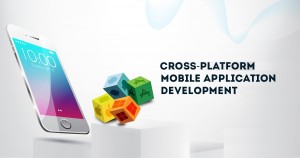 Moreover, these development tools are React Native, NativeScript, Flutter, Ionic Framework, Xamarin, and more. All these tools are based on common programming languages such as CSS, HTML, and JavaScript.

Must Watch: React Native vs Flutter 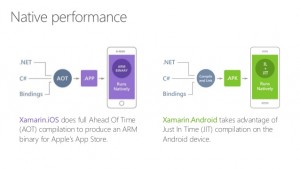 This is an important option as far as cross-platform development is concerned. The advantages include open source development and speed.

Progressive Web Applications or (PWAs) are no news for entrepreneurs anymore. By the end of…