iOS vs. Android: Which is Better for Mobile App Development? 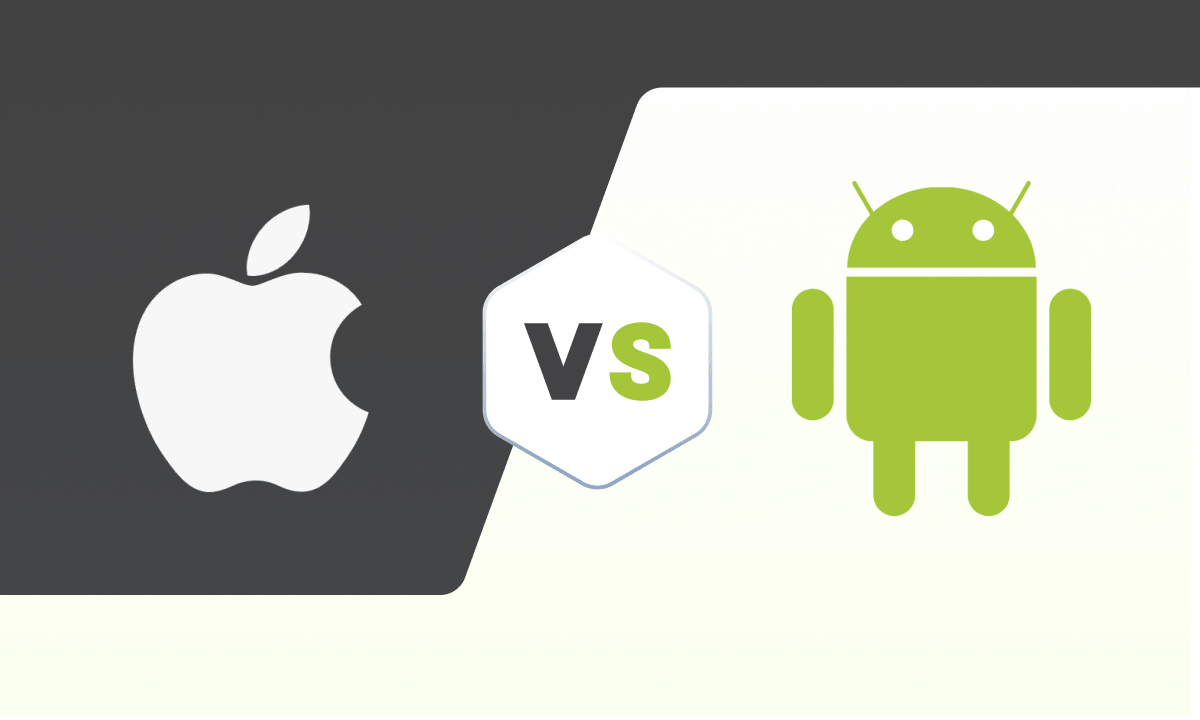 According to the StatCounter report, mobile apps currently account for 55.73% of entire internet traffic across the globe, while desktop has only covered 41.46%.

In present times, websites are no longer the perfect way to access any product, information, and service. Then, what is the solution?

The answer is Mobile Applications!

The increasing rise in customer demand for the e-commerce market and the growing adoption of variable devices are some of the significant factors contributing to the growth of mobile app development.

Well, looking at the immense growth of mobile apps, various businesses, start-ups, and SMEs have started investing in mobile app development these days, and if you are reading this blog, then you might be one of them or a future one.

Now, when you have decided to go for mobile app development, then there are some decisions that you might need to take in the future.

One of the most important decisions which you might need to take is selecting the right operating system to launch your mobile apps.

Undoubtedly, your goal might be to launch on both platforms, but for now, it is very risky and expensive to develop an app for both Android and iOS simultaneously. And you need to hire iOS developers or hire android developers for custom application development.

By choosing the operating system, we mean deciding between the Google play store or the Apple app store to launch your mobile app. 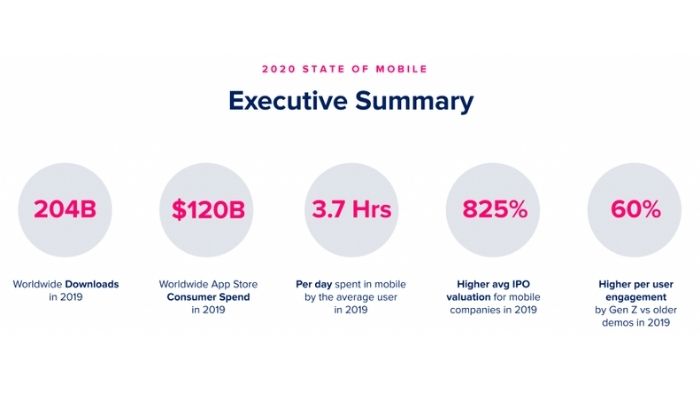 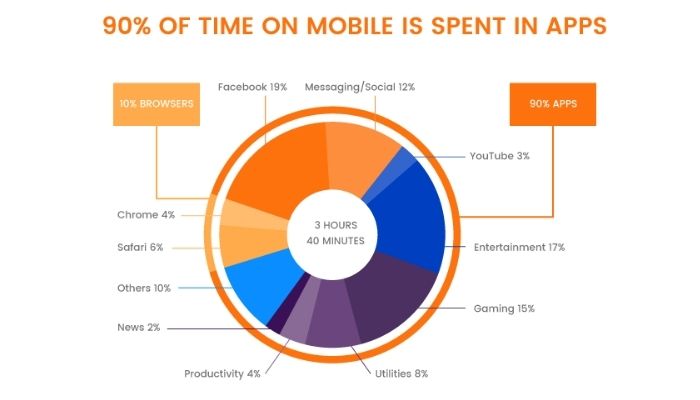 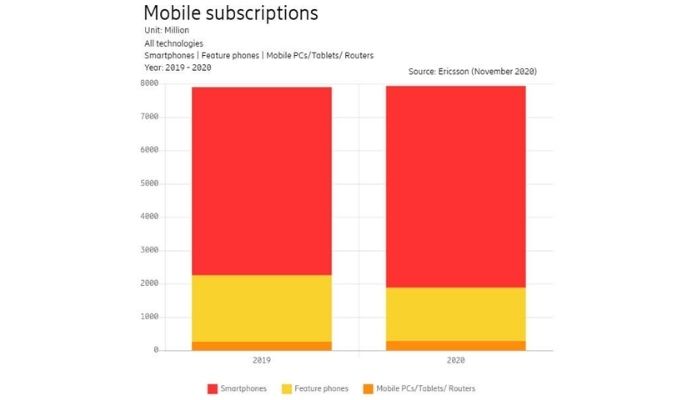 Now, how will you decide whether to launch your mobile application on iOS or Android first? iOS vs. Android, which is better, why android is better than iOS? Or iOS vs. Android development, where to go?

iOS vs. Android: Which is better for Mobile App Development? 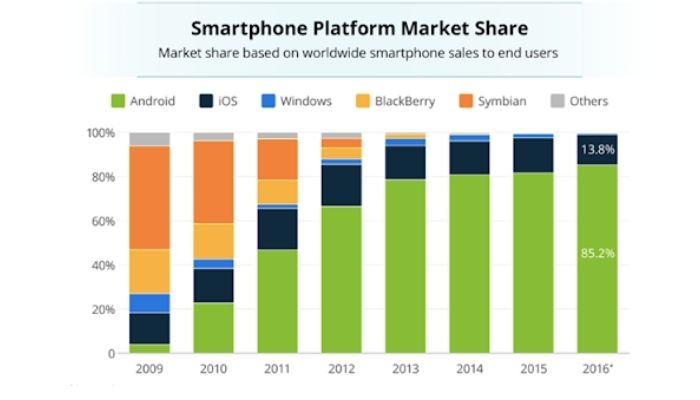 Here is the graph representing mobile operating systems market share across the globe from October 2019 to October 2020. 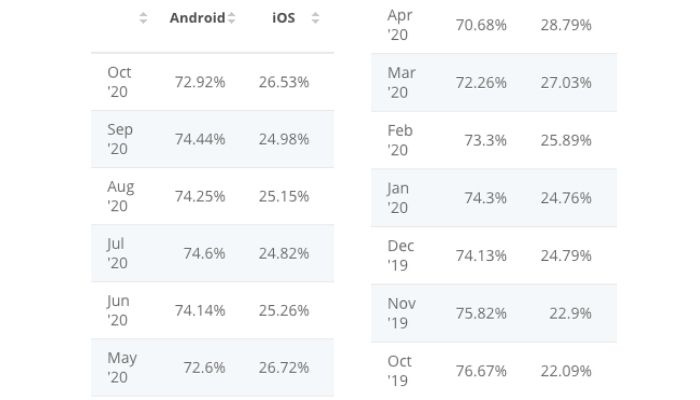 When selecting between iOS vs. Android mobile app development, you must consider the estimated app prices for android app development. As you know, Android OS empowers various devices with different screen sizes, which ultimately surges the development time along with the cost.

On the other side, iOS has a restricted amount of devices, which results in a high speed of the development process.

Furthermore, iOS vs. Android development cost is also based on app complexity and the number of features. So, while comparing Android and iOS for mobile app development, consider that both the Apple App Store and the Google Play Store have their publishing apps cost.

Related: What to Develop – Android Apps or An iPhone Application

Android OS and iOS have their personal simulators for app testing. Now coming to the iOS vs. Android app testing difference than TestFlight, an iOS testing environment is much faster than an android emulator.

However, the android emulator virtual machine is much more effective and has a realistic representation than iOS. Now, coming to the app updates feature, both operating systems release new OS updates every year.

Where an iOS app takes up to two weeks for a new release or updates, an android takes several hours to publish the new app release.

This is one of the most important factors which you must consider while deciding the OS platform for launching your app.

If we compare iOS vs. Android based on the revenue model, then Android has a higher percentage of ad-supported applications than iOS. iOS mobile app development platform mainly depends on purchases.

Even when iOS pimples you to pay for apps, they still gain more attention and revenue with that model. According to a study conducted in 2017, iOS earns 70.0% more revenue than android app development.

Below is the diagram of the revenue model of iOS vs. Android showing which platform has earned the maximum amount of revenue in the past few years. 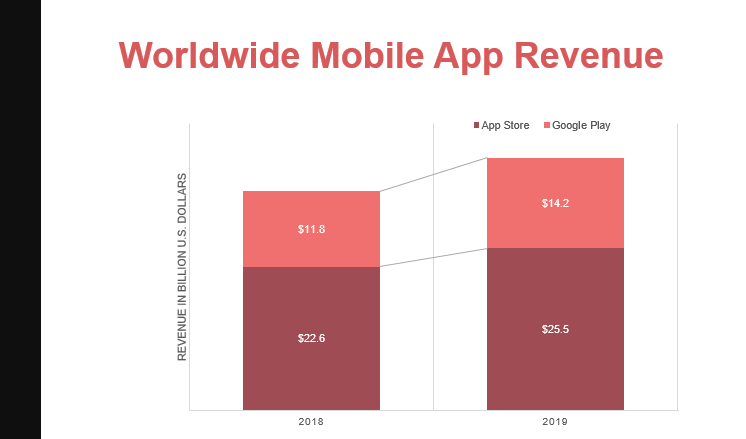 Related: Top 5 iOS App Development Companies For Your Next Project

For iPhone users, iOS 14  was a revolution that supported various widgets on the iOS home screen. While in the beginning, this seems more fun, and a lot of users have taken advantage of widget-customizing apps to transform their devices’ look.

However, it still didn’t match the level and capability of customization in Android apps, which smoothly allows for third-party launchers that can entirely change your phone into something exclusive or new.

If you want a smartphone that truly offers a personalized, customized, and tinkering experience for your home screen, then Android app development is the right platform for you.

Customization has always been a strength of Android app development companies. Android apps are highly customizable, and one can easily install and set them up on their home screen or add them as widgets and shortcuts.

Even if Apple owns all the software & hardware, and there are fewer iOS devices than Android devices. Still, iOS devices are becoming a little less standardized than they have been in the past few years.

Furthermore, since the launch of the iPhone X series, the majority of developers have more screen size & UI constraints to work.

While building an app for the iOS platform can sometimes be quicker, it can also be longer for the App Store to allow permission for your product with the strict guidelines & regulations.

On the contrary, android apps usually take a day or two to get approval, after which updates can be released within a matter of hours.

Publishing any app in the Play store is quite simple, affordable, easy, and efficient. It usually takes a few hours to go live after the initial approval process. Updating or releasing android updates is very easy and needs no validation.

Apple store, however, will test your application for every possible issue, bugs, and offer validation to publish it on the platform. It is a time-consuming & long process and costs more than what you need to pay for publishing on the Play store.

In conclusion, both Android OS and iOS are quite popular and amazing mobile app development platforms. Now, you can decide the platform on your budget, requirement, preference, and compatibility.

To see the actual difference between iOS vs. Android development, you need to check the table below now: 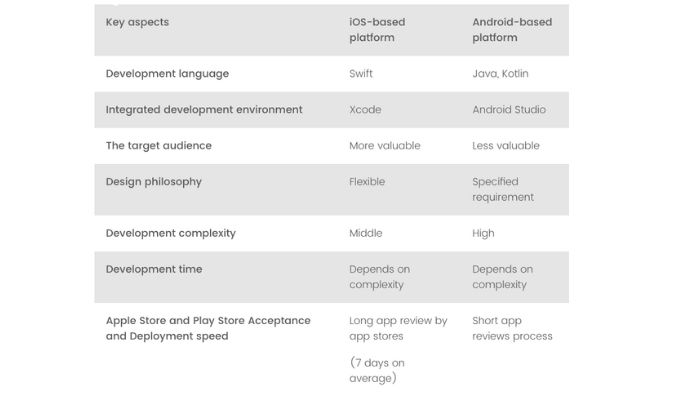 iOS vs. Android: Which is better? Why Android is better than iOS

Let’s understand the difference between iOS vs. Android with the list of their advantages and disadvantages-

So, there are some questions that I repeatedly encounter on various platforms, including Google, android app development blog sites, and software development websites.

Thus, we have tried to cover the most significant part of the iOS vs. Android app development topic and hope that all your doubts must have been cleared. If not, then no worries, you can drop your comment in the comment box below or reach ValueCoders for more clarity.